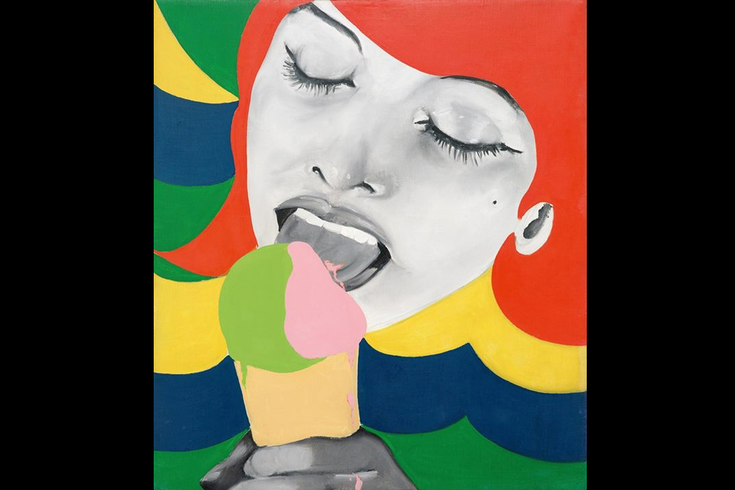 Facebook removed a Philadelphia Museum of Art posting with the Evelyne Axell's painting "Ice Cream," citing that it contained "excessive amounts of skin or suggestive content."

A pop art image used by the Philadelphia Museum of Art on Facebook to market an upcoming exhibit was removed by the social media website for containing "suggestive content."

"Ice Cream," a 1964 painting by Belgian pop artist Evelyne Axell depicts a woman eating an ice cream cone. But the painting apparently was too sexual in the eyes of Facebook's moderators.

Facebook notified the art museum that it had removed the post because it contained "excessive amounts of skin or suggestive content," Director of Communications Norman Keyes said. 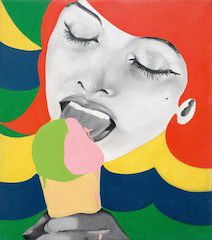 The art museum then reposted the image, asking its followers whether it was too suggestive. The new post has gained nearly 500 "likes" and more than 100 comments, many of which blasted Facebook for its censorship.

"That response is pretty self-evident," Keyes said. "It is, after all, an ice cream cone."

The painting is part of the museum's International Pop exhibit, which features 120 works by artists such as Andy Warhol, Jasper John and Roy Lichtenstein. The exhibit, running Feb. 24 through May 15, includes paintings, sculptures, prints, installations and other art forms.

To market the exhibit, the museum has featured Axell's "Ice Cream" in various promotional materials. The reason, curator Erica Battle said, is that the painting incorporates the pop art themes of consumption, pleasure and seduction.

"Axell herself was aware of the ways in which our perception is shaped by authority and authorship, which is why she sometimes exhibited her work using only her last name," Battle said in a statement. "The response to her work on Facebook reflects how these themes interweave to form a complex, probing investigation into social politics that is incredibly relevant to today's digital world in which we are all compelled to share and comment on images of all kinds."