This is the second World Heritage site in Pennsylvania 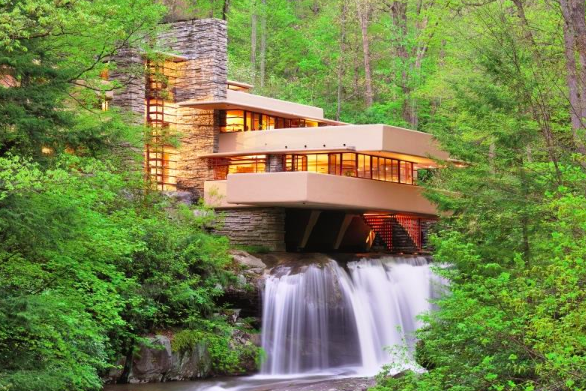 Frank Lloyd Wright's prominent western Pennsylvania landmark, Fallingwater, was just added to UNESCO's World Heritage list as one of eight historic projects from the iconic architect — and the first modern architecture designations in the U.S.

Fallingwater, considered to be one of Wright's most famous and noteworthy homes, is located in Mill Run, Pennsylvania. On Sunday, the building was honored by the United Nations Educational, Scientific and Cultural Organization World Heritage Committee in Baku, Azerbaijan, to celebrate the American designer's 54-year career.

MORE NEWS: After months of controversy, Bridgeport gains a foothold on its future

The buildings join 24 other World Heritage sites in the U.S., and Fallingwater is the second site in Pennsylvania along  with Independence Hall in Philadelphia.

In the official announcement, UNESCO lauded the eight sites for playing a prominent role in the development and evolution of modern architecture during the first half of the 20th century and continuing to the present.

What stands out about Wright's work is that all eight projects similarly serve functional and emotional needs, their designs pay homage to nature's forms and principles, and the series represents architecture conceived to be responsive to the evolving American experience with universal appeal, UNESCO said.