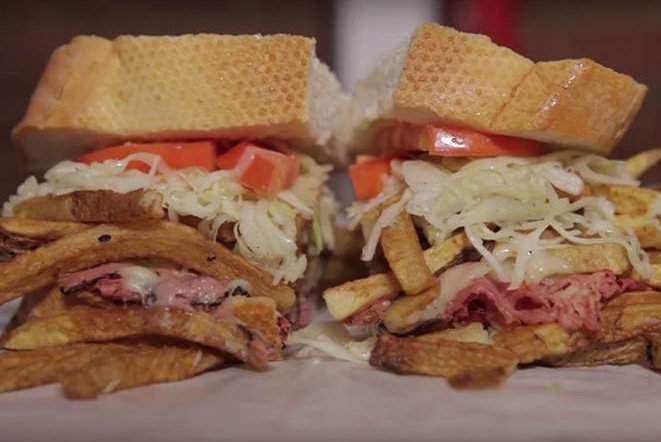 Primanti Brothers, a Pittsburgh-based eatery widely known for topping its sandwiches with cole slaw and French fries, announced this week that its expansion efforts will soon reach as far east as Lancaster County.

With that location opening next summer, Primanti’s will have 38 locations — including 24 spread across Pennsylvania — per the company’s website.

Coming on the heels of a heated cheesesteak battle between Primanti’s hometown and Philadelphia, we got to wondering whether the 83-year-old Primanti’s franchise would soon be marching into the 215 area code. So, we called company spokesman Ryan Wilkinson on Friday to find out whether Philadelphians will no longer have to travel or rely on getting sandwiches shipped east at some point in the future.

Wilkinson told us that he was really swamped so didn't have much time to chat about overarching expansion plans until next week.

However, he did answer the question most pertinent to the prospect of a new treat entering the market ostensibly controlled by cheesesteaks, roast-pork sandwiches and hoagies.

"We're not planning on invading Philly in the near future," he told PhillyVoice, "but we're always edging closer."