Some companies are trying to get ahead of FDA's forthcoming regulations 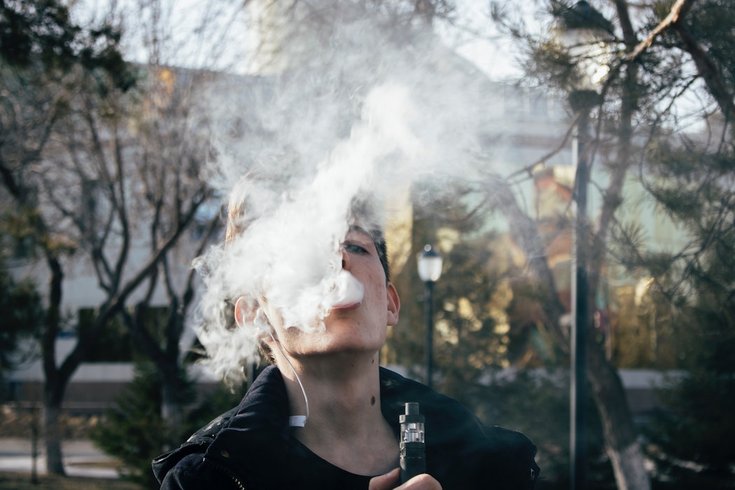 FDA regulations to come this week in hopes of regulation the teen e-cigarette epidemic.

There’s no denying that e-cigarettes have taken over; you see people blowing huge vapor smoke clouds while walking down the street or clandestinely sipping on USB flash drive-looking devices in bars.

The devices are tremendously popular among teens, so much so that the Food and Drug Administration is getting ready to announce an aggressive plan of action to reduce underage vaping and smoking in what it has called a "growing epidemic."

Ahead of the announcement, Juul, one of the most popular manufacturers, said it discontinue sales of most flavors of its e-cig pods — mango, fruit, creme and cucumber — in 90,000 retail outlets, including convenience stores and vape shops. It also has ceased promotion of its products on social media, New York Times reports.

In Philadelphia, a class action lawsuit was been filed in late August against Juul by users who allege the company has "violated consumer protections laws, engaged in deceptive marketing and failed to include warnings about the level of nicotine the product delivers." The lawsuit, filed by the Berger-Montague law firm of Center City, alleges that the company "created an online culture and community specifically designed to encourage young people to use JUUL."

In September, the FDA took a hardline stance on the major e-cig companies, saying it would investigate their sales and marketing practices.

Reports indicate that the FDA plans to ban the sale of flavored e-cigarettes in convenience stores and gas stations, the Times reports, and aims to strengthen the requirements for age verification of online sales of e-cigarettes, which have been a backdoor for youths to score their vapes.

Additionally, Juul has opted to shut down many of its social media accounts. Kevin Burns, a Juul representative told CNN:

“To remove ourselves entirely from participation in the social conversation, we have decided to shut down our U.S.-based social media accounts on Facebook and Instagram. Our presence on Twitter will be confined to non-promotional communications only. YouTube posts will consist only of testimonials by former adult smokers who have switched to the Juul system.”

But many critics, including Caroline Renzulli, a spokeswoman for the Campaign for Tobacco-Free Kids, and Maura Healey, the attorney general for Massachusetts, say it's too little, too late for these actions to make a difference, the Times reported:

FDA Commissioner Scott Gottlieb doesn't seem all that impressed by Juul's preemptive moves either, as he took to Twitter on Tuesday to say:

We’re deeply concerned about the epidemic of youth use of e-cigs. Voluntary action is no substitute for regulatory steps #FDA will soon take. But we want to recognize actions by JUUL today and urge all manufacturers to immediately implement steps to start reversing these trends. pic.twitter.com/blaoZDHRRj