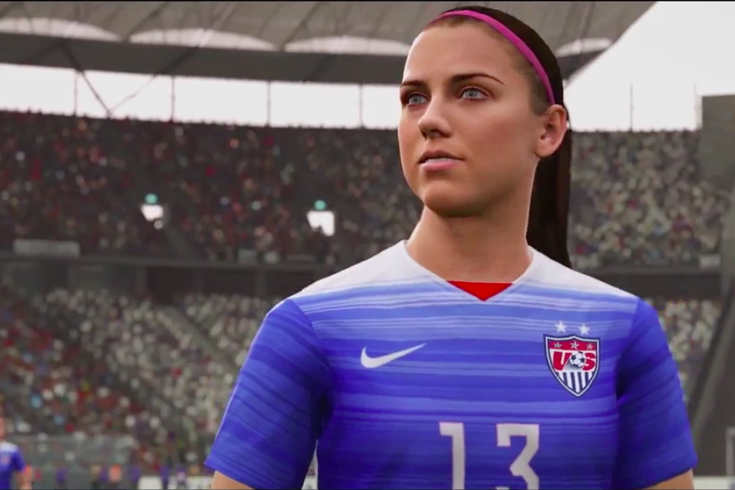 American soccer player and Olympic medalist Alex Morgan is one of the players included in FIFA 16.

As if there isn't enough chatter going around about FIFA with, you know, officials facing corruption charges and such, soccer fans are freaking out about something else.

"It is such an honor for women’s players and our team to be included in FIFA 16," Morgan told EA Sports. "I always wondered what it would be like to see our team in the game and it is very cool to know that it is now a reality."

Of course, there are mixed emotions among social media users.

Women in Fifa 16? Nice I guess but why would you ever play them unless you wanted to handicap yourself?

So now there's gonna be women's football on FIFA 16, why do women have to interfere with everything we do?! ✋

To all the boys whining about women being included in #FIFA16 Don't play as them! I don't see how this hurts you...

Women's teams will finally be in FIFA 16, thats sick!