Over 650,000 people have filed a jobless claim, more claims than anywhere else in the United States 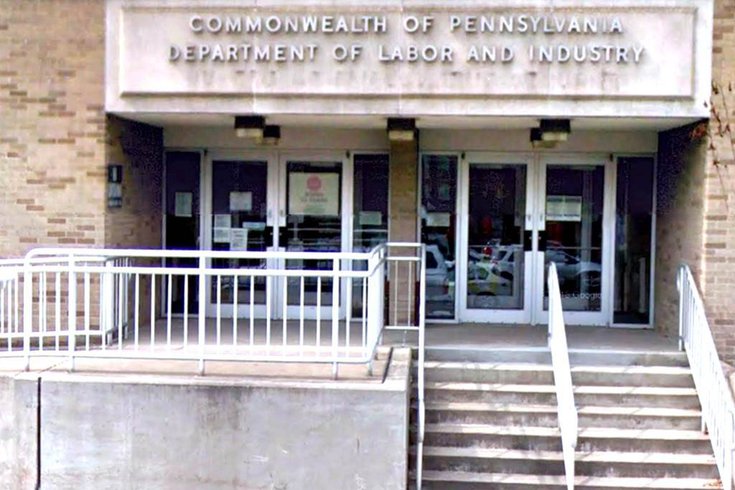 Gov. Tom Wolf called the state, "the epicenter of the unemployment insurance claims," in a statement last Friday, adding that claims are expected to top 800,000 soon. Across the country, over 3 million people have filed for unemployment due to COVID-19.

Pennsylvania has more jobless claims than any other U.S. state so far amidst the coronavirus pandemic, data released Thursday showed.

Rhode Island, Nevada, Massachusetts, New Jersey, Washington, and Pennsylvania had the highest rates of employment filings since the public health crisis began, according to data collected by the U.S. Department of Labor.

Residents of Pennsylvania have filed over 650,000 unemployment claims in the past 11 days, when Gov.Tom Wolf announced his order to close all "non-life-sustaining" businesses. At the time, it was one of the strictest measures enacted to control the spread of the virus.

Gov. Tom Wolf called the state, "the epicenter of the unemployment insurance claims," in a statement last Friday, adding that claims are expected to top 800,000 soon. Across the country, over 6 million people have filed for unemployment due to COVID-19, as of the beginning of April.

Early measures taken by Wolf may be one reason why Pennsylvania's numbers are so much higher than other states. Another could be population, as Pennsylvania ranks fifth in the nation.

Still, California, Texas, Florida, and New York, which are all more populous, have shown much lower rates of unemployment filing than Pennsylvania, since restrictions and closures have emerged nation-wide in response to COVID-19. Pennsylvania's rate of filing has been 58 filings per 1,000 workers. New York, which has the most coronavirus cases in the country, has a rate of 8 filings per 1,000 workers.

In neighboring states, the rate of unemployment filings was 22 in Delaware and 34 in New Jersey. These rates, reports CNBC, control for the differences in size of each state's labor force.

Another reason for Pennsylvania's data could be that other states have more protections for sick leave, short term disability, paid family leave or medical leave, the Wolf administration told the AP Friday.

Construction, which has been halted in Pennsylvania as all "non-essential sites" has left that large section of the labor force unemployed. The Philadelphia Inquirer reported that, because construction workers are used to cyclical or seasonal labor, they readily know how to apply for unemployment more quickly than other workers. This could've also contributed to Pennsylvania's earlier spike in unemployment.

Experts have also pointed to losses to the state's large hospitality and tourism industries as another reason for the large increase.

Pennsylvania's claims could predict what unemployment numbers could emerge from other states in the future, as they may begin to pass similar shutdowns to control disease spread, reported the Wall Street Journal.

On Friday, a massive coronavirus layoff from the Greater Philadelphia YMCA left 4,000 workers without jobs, leaving just over 60 people employed in the area by the non-profit.