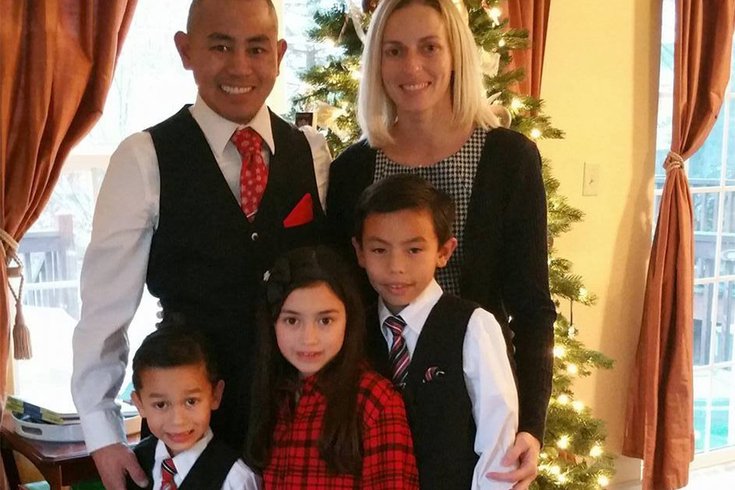 Bryan Lukens Jr., 11, and Parker Lukens, 6, were killed during the blaze, which began around 5:30 a.m. at their home on the 900 block of Summit Avenue in Schwenksville.

Lukens remains hospitalized with injuries in the burn unit at Lehigh Valley Hospital. He is expected to be released later on Wednesday.

His wife, Tracy, and 9-year-old daughter, Soffia, were briefly hospitalized at Pottstown Hospital, but have since joined Lukens at Lehigh Valley Hospital.

"Our office is devastated to learn about this tragedy," Montgomery County Sheriff Sean P. Kilkenny said in a statement. "Our thoughts and prayers are with the Lukens family as they  grieve their losses."

A GoFundme campaign started Wednesday to assist the Lukens family has already raised more than $40,000 and been shared more than 4,000 times within five hours of being established.

Lukens was hired by the Montgomery County Sheriff's Office in May 2014, according to a press release announcing his addition.

He previously served in the U.S. Marine Corps as a sergeant infantry team leader in Iraq, receiving several medals and awards. He has an associate's degree in fine arts from Montgomery County Community College.