The latest analysis confirms an increased risk of atrial fibrillation 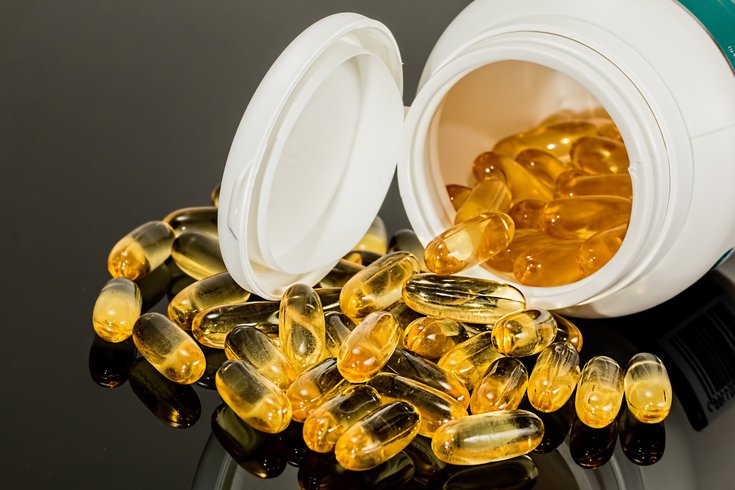 Many people take fish oil supplements to protect their heart either as a prescription or over-the-counter medication. However, in recent years researchers have questioned not only whether the supplements really do improve heart health, but also if they pose a health risk when taken in high doses.

Fish are a well-known source of omega-3 fatty acids — especially salmon, sardines and mackerel. Consuming fish at least twice a week has been linked to a reduction in heart attacks, strokes and cardiovascular deaths. According to one Harvard study, eating two servings of fatty fish a week lowered the risk of heart disease mortality by a third.

Yet, when it comes to consuming fish oil supplements, recent studies are showing more potential risk than benefit.

Prescription-strength fish oil pills often are prescribed to reduce a person's triglycerides, a blood fat that at high levels increases a person's risk of heart attack and stroke.

Some data has shown that high doses of a fish oil supplement increase the risk of atrial fibrillation, a common heart rhythm disorder, while providing little heart health benefits. A new analysis appears to confirm that heightened risk.

Atrial fibrillation, or AFib, is an irregular and often fast heart rate caused by electrical signal problems in the upper chambers of the heart. According to the Mayo Clinic, the condition isn't immediately life-threatening, but it can cause blood clots to develop in the heart. Those clots can travel to other parts of the body, blocking blood flow. AFib also can eventually lead to heart failure.

The increased risk was consistently observed across the trials included in the analysis. However, heart health benefits were not.

Though the risk was not statistically significant in any of the individual studies, the pooled analysis showed patients taking the supplement were 37% more likely to develop AFib than the placebo patients.

Also of significance is that only one of the trials showed a reduction in the risk of other heart conditions. This trial involved a specific product called Vascepa, which is icosapent ethyl, just one type of omega-3 fatty acid found in fish oil. The risk of cardiovascular events, including heart attack, stroke and death, from cardiovascular causes were cut by 25%.

Even in this study though, the risk of AFib rose by 35% in the group taking Vascepa.

Another study by the Cleveland Clinic was halted last fall because prescription-level doses not only failed to reduce major cardiac events, but they also appeared to increase the risk for atrial fibrillation.

Fish oil supplementation remains controversial because research findings remain inconsistent. There have been a few pro-fish oil supplement studies as well. A 2018 study found a highly purified form of fish oil had cardiovascular benefits compared to a mineral oil placebo. Many cardiovascular health experts questioned the methodology of the study though. The fact that mineral oil, which can affect cholesterol and inflammation markers, was the comparison may have led to an exaggerated benefit of the fish oil supplement.

Other studies have questioned whether fish oil supplements provide any cardiovascular benefit.

A 2108 study published in JAMA Cardiology looked at 10 fish oil supplement trials encompassing 77,917 older adults at high risk for cardiovascular disease and found no significant protection against "major vascular events." The participants were taking between 226 milligrams to 1,800 milligrams per day of omega-3 fatty acids.

A 2013 and 2018 study published in the New England Journal of Medicine also showed that the supplementation didn't reduce cardiovascular events or deaths. That study did note that people who don't eat fish may see some reduction in risk when taking the supplement.