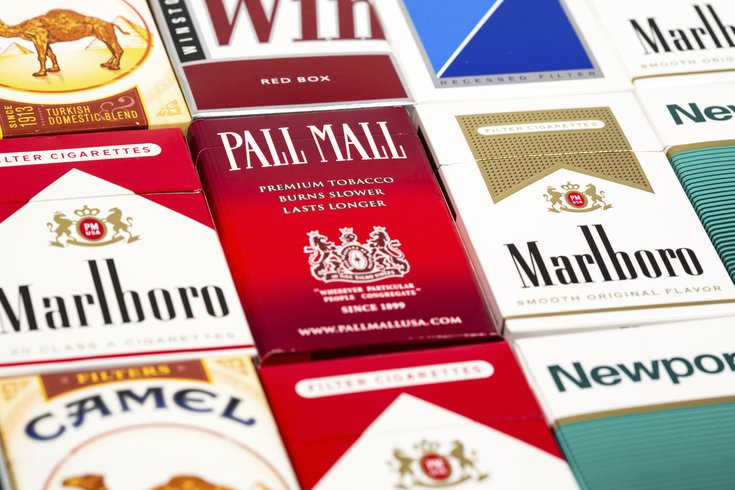 The FDA announced Thursday that it plans to eventually halt access to the popular flavor in cigarettes and cigars, however, menthol-flavored e-cigarettes remain available.

In an attempt to curb smoking rates, the U.S. Food and Drug Administration announced Thursday that it plans to eventually institute a ban on menthol cigarettes and cigars.

The ban specifically targets smoking among groups like teenagers and Black Americans, with whom menthol-flavored cigarettes and cigars are the most popular.

The FDA said the ban could benefit low-income communities while limiting the amount of people who are introduced and eventually become addicted to smoking.

"With these actions, the FDA will help significantly reduce youth initiation, increase the chances of smoking cessation among current smokers and address health disparities experienced by communities of color, low-income populations and LGBTQ+ individuals, all of whom are far more likely to use these tobacco products," said Acting Food and Drug Administration Commissioner Dr. Janet Woodcock.

Some research claims that menthol-flavored products are more difficult to quit.

According to the FDA, around half of teens between the ages of 12 and 17 use menthol-flavored smoking products. But the proposed ban would not limit the sale or production of menthol-flavored e-cigarettes, which are popular among American teens and younger adults.

A study cited by the agency also claimed that by banning menthol an additional 923,000 smokers may be encouraged to quit, and approximately 230,000 of the smokers would be Black.

Another study provided by the FDA said the ban would prevent a total of 633,000 deaths. Of those prevented deaths, 237,000 would be Black Americans.

This information is backed by FDA statistics that say more than 85% of Black American smokers prefer menthol-flavored products. By comparison, only 30% of white Americans say they buy menthols.

"For far too long, certain populations, including African Americans, have been targeted and disproportionately impacted by tobacco use. These flavor standards would reduce cigarette and cigar initiation and use, reduce health disparities and promote health equity by addressing a significant and disparate source of harm," said Mitch Zeller, director of the FDA’s Center for Tobacco Products.

The agency said it hopes to issue a proposal within the next year banning menthol. However, it may be years before a menthol ban actually takes effect, the Associated Press reported.

Thursday's announcement was prompted by a court-imposed deadline from a 2013 case that sought to push the FDA to take action on menthol-flavored smoking products.