Suspects described as 'pack of wolves' by authorities 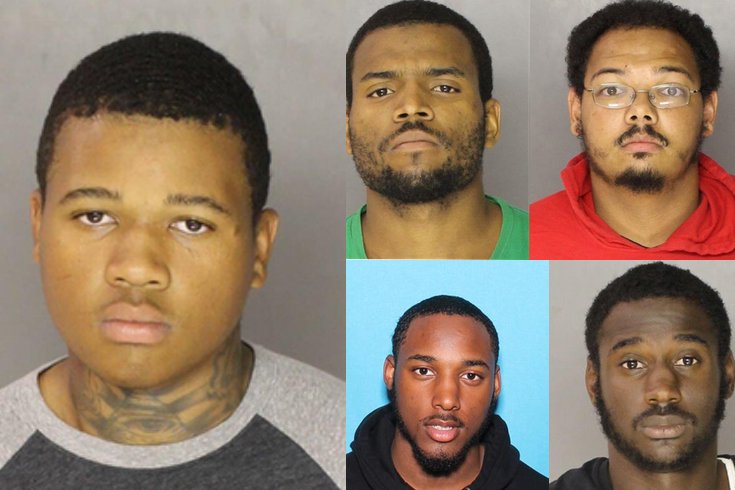 Five suspects, who were compared to hunting like wolves by prosecutors, have been arrested in connection with a homicide that resulted from an armed robbery in Coatesville on Sunday, according to authorities.

Prosecutors say that four of the five men – Dajon Rowe, 17, Steven Adams, 17, Demetrius Joseph, 21, and Chris Mansfield, 21 – were arrested Monday for the incident that left one victim, identified as Juan Antonio Jiminez, dead.

The incident occurred on 4th Avenue near Lumber Street about 2 a.m. after the men allegedly conspired that morning to find targets to rob.

The fifth suspect, Tyler S. Adams, who is the 16-year-old brother of Steven Adams, was still at large Tuesday until he eventually surrendered and was brought into custody, according to Chester County District Attorney Thomas Hogan.

The Coatesville Police Department, which posted a link to Facebook of a Daily Local article about the fifth suspect being on the loose, thanked those who shared the post in an effort to help authorities track him down.

During the robbery, Mansfield allegedly punched one of the men and Rowe then fatally shot Jiminez, authorities say, who was found with a bullet wound to his chest.

Another one of the men who was shot in the leg survived. The suspects were roaming around like a "pack of wolves," according to prosecutors.