FixList drills down on Philadelphia homes ripe for redevelopment

For all the victories the open data movement experienced under Michael Nutter’s mayoral administration, there always seemed to be an issue with people actually making use of all that information.

The city's websites aren’t awful, but they also aren’t the easiest to navigate. It could take an experienced hand, with a lot of time to devote to a project, to successfully make sense of the data. 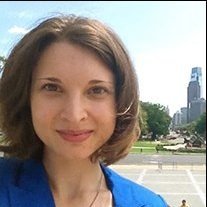 Stacey Mosley, founder and CEO, hopes to expand FixList to five other cities by the end of 2017.

That’s why Stacey Mosley, who worked for the city of Philadelphia for more than five years, created FixList.

The project, launched earlier this month, compiles data from a range of different city sources – the Office of Property Assessment, Licenses and Inspections, Sheriff's Sale listings, construction permits and appeals, and so on – and fits it all into an easily navigable map of the city. The tool can also be used to search within a single neighborhood, as defined by the planning department, or by zip code.

“Before, you had to go between various city sites and comb through data, it took a long time to learn how these data sets relate to each other,” said Mosley, who is the owner and only employee of FixList. “It was interesting learning the disparate locations where all this was located. Having someone else doing that conflict resolution of information across departments is something people have been responding to very positively.”

FixList is a bit like Zillow, in that it’s a map-based site with a lot of data about property. But it only applies to Philadelphia, the information is far more fine-grained, and it relates to land use of every kind: residential, commercial, or industrial. Using the website you can see how every parcel in the city is zoned, what it last sold for, who owns it, whether they are tax-delinquent (and how long they have been), as well as sales and construction trends in the surrounding neighborhood.

Mosley scores each parcel between 0 and 100 on her “Redevelopment Scale,” which she calculates based on more than 50 different metrics (like what percent of the neighborhood is tax-delinquent or vacant, and what percent has undergone new construction). But a parcel won’t have a low ranking only if there is little development activity in its surrounding area. Super spiffy new properties recently subject to new investment will also rank low on the Redevelopment Scale, having already been redeveloped.

“It’s more a definition of potential than of how beautiful the property might be,” says Mosley. “I am trying to do predictive modeling to hone in on addresses that are underdeveloped in statistically significant areas that are ripe for redevelopment. So a property that just underwent new construction is going to have a really low score because it’s already been transformed.”

“One of the hardest things about real estate development is sourcing properties, but using FixList we can streamline that process and find better properties in less time.” – Ken Weinstein, president of Philly Office Retail

FixList is still in its early days and Mosley is still collecting feedback.

Each property is marked with a color coded dot to show whether its redevelopment score is low (yellow), medium (green), or high (blue). For a while the site, including the user guide, provided no color key. Although Mosley says there will soon be an explainer on the site, she may also just do away with the dots all together and instead show a colored outline of each parcel.

There are other minor glitches as well. Perhaps due to the sheer volume of data, it is difficult to find a single property owner when searching within the context of the entire city. If a user is looking for a particular person, it helps to know where exactly they might have holdings because the owner search function works much better on the neighborhood level.

Nevertheless, even in its nascent state, FixList is an impressive accomplishment. Such an incredible amount of property data easily available in one place is unprecedented.

Although the site’s application for developers is obvious, it can also be an invaluable tool for community groups, academics and journalists. To take one example, FixList is hugely valuable as a tool for measuring various forms of neighborhood health. In West Philadelphia’s 19143 zip code, for instance, FixList makes visible where the 309 upcoming sheriff sales are — mostly west of 50th street, in the overwhelmingly African-American part of the area — and that 56 of those properties have been tax delinquent for more than 20 years.

On the other hand, Somerton in the Far Northeast, long a stable, white middle class section of the city, has just 15 upcoming sheriff sales, none of which have been tax delinquent for very long.

Although Mosley says she created FixList with both developers and conservationists in mind (not to mention computer-assisted reporters), the site is a particularly obvious boon for the real estate industry.

“One of the hardest things about real estate development is sourcing properties, but using FixList we can streamline that process and find better properties in less time,” said Ken Weinstein, president of Philly Office Retail, a commercial development firm, and Jumpstart Germantown, which is focused on residential development. Weinstein was one of the beta testers of the website and has already recommended it to many colleagues and mentees.

“During the beta testing period I asked one of my Drexel interns to find 15-year tax delinquent properties that are vacant and commercially-zoned,” Weinstein said. “He was able to get that info from FixList and find 16 properties on four commercial corridors in an hour. That easily could have been a week-long project before, because you had to look up properties individually.”

The ability to save hours of time will cost you.

The price for single access to FixList is steep at $99 a month, but the rate for a medium-size enterprise of five or more people, like a small business, magazine or non-profit, is easier to handle at $299 a month. Mosley also has an Enterprise rate for organizations of 15 people or more.

Mosley hopes to expand FixList to five other cities by the end of next year, with a focus on other areas that have a lot of blight and vacancy. The exact kind of information available in each site will vary, of course, according to what the city makes available to the public. But the general format will be the same.

“I came into the open data movement early on and wanted to help businesses figure out how to use that information themselves,” Mosley said. “Now I’m trying to bring this same statistical view and custom toggling ability to other cities. I’m looking at areas where there is a market for the product, cities where there might be a lot of vacant property and things in need of development.”