Philadelphia earned a spot on a recent ranking of top cities in the United States for women business owners.

According to data collected by the Census Bureau’s 2012 Survey of Business Owners, Philly ranked ninth in the nation with 40,906 businesses owned by women.

Most of the city's women entrepreneurs work in healthcare, construction, technology and staffing services. 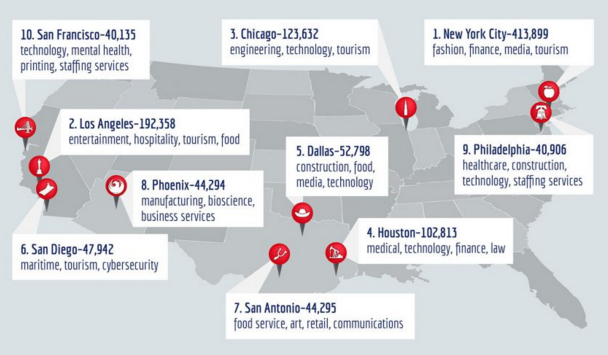 According to the survey, companies owned by women grew at 1.5 times the national average between 1997 and 2014.

Philly joined top-ranked New York as the only two cities in the Eastern Time Zone to make the top 10.