Flyers 2019-20 schedule: Lots of back-to-backs, and a season opener in Prague

The Broad Street Bullies begin the upcoming season in the Czech Republic, and spend a lot of early time on the road 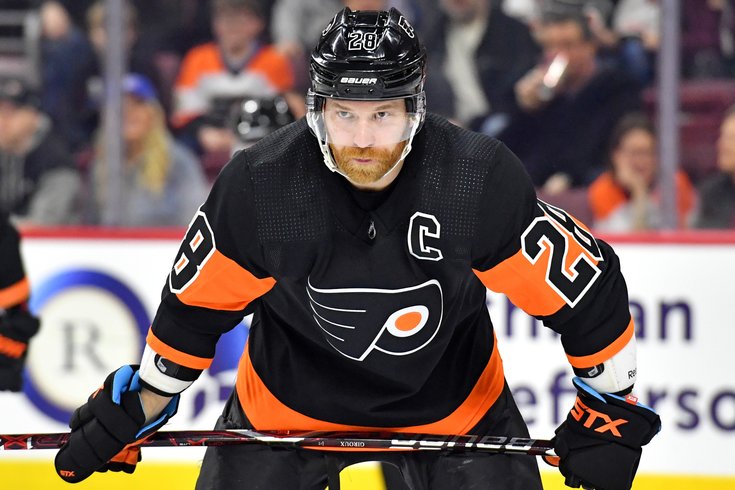 The Flyers released their 2019-20 regular season schedule on Tuesday. Get ready for hockey played early in the day, and on back-to-back days.

The Flyers released their full 2019-20 regular season schedule Tuesday afternoon, which means we have less than three months before the Alain Vigneault era begins. Time to get acquainted with all the times you'll be screaming, either with joy or in frustration, at your television.

Below are a few quick highlights. If you'd like to skip straight ahead to the full schedule, you can zip on down to the bottom of this article for all 82 games.

There will be no rest for this team. Good thing they have young guns!

Also, get ready for some early hockey this year: 16 Flyers games will start earlier than 7 p.m. local, while the rest will start at 7PM or later.

Only four of the Flyers' first 12 games of the season will be played at home. They have seven different three-game home stands throughout the season, including playing eight games at home in a 13-game stretch at the end of March.

The Flyers will have an eight-day break in the schedule between Jan. 22 and Jan. 30 for the All-Star break and their bye week. 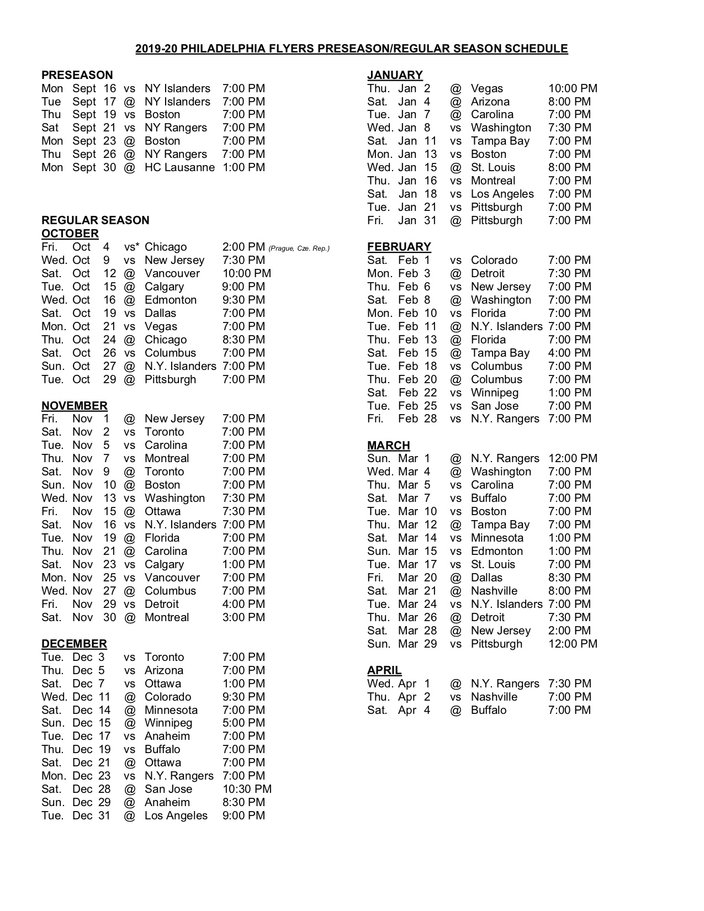