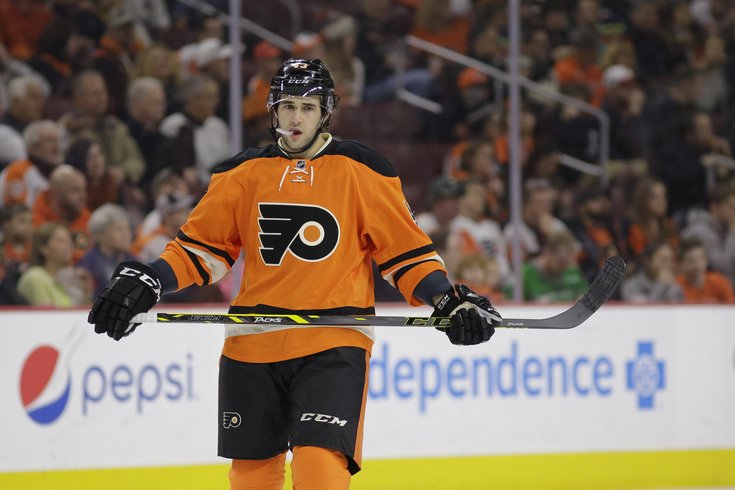 On the eve of their season finale, the Flyers announced a contract extension for one of their young defenseman, 24-year-old Brandon Manning. The deal will be for one year, according to general manager Ron Hextall, however financial terms of the deal were not disclosed.

According to The Daily News' Frank Seravalli, it is a "one-way" deal, meaning there is no minor league option. That's important because the Flyers roster, as currently constructed, contains seven defensemen, all of whom are on one-way deals:

With Manning signed, the Flyers now have seven defensemen on one-way contracts for next season - and that does not include restricted free agent Michael Del Zotto.

Seravalli also points to Oliver Lauridsen as a recent example of how a one-way contract does not include a guaranteed place on the roster. Therefore, it appears Manning will have to earn a spot, unless of course the Flyers deal someone in the offseason.

Would imagine so, yes. RT @hockeywine: @davegisaac so does that mean in offseason flyers will trade a d