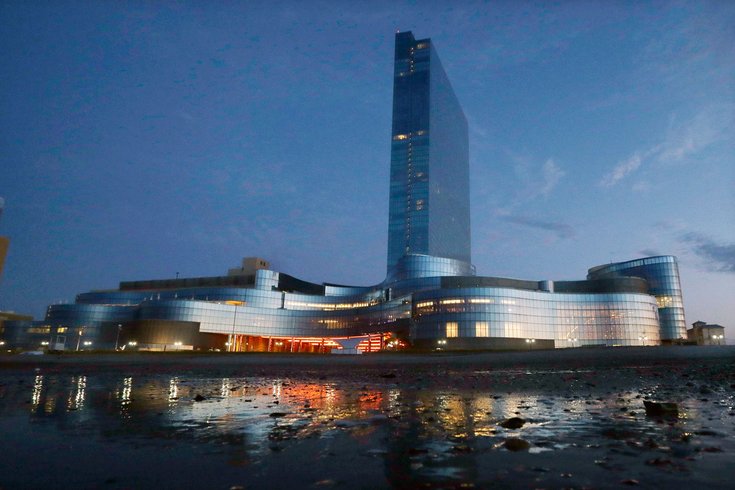 The $2.4 billion Revel opened in 2012 with much fanfare, but it has never turned a profit and is now in its second bankruptcy.

The saga of the former Revel casino continues with yet another bizarre twist.

Rebranded as TEN in September, the 47-story beachside property has remained shuttered for months as owner Glenn Straub continues his legal clash with Atlantic City's Casino Control Commission. But that has not stopped the emergence of tenacnj.com, TEN's new interactive site were players can use real money to buy virtual credits and gamble online.

Games also payout in virtual credits, so there's no fortune to be gained. Those who accumulated enough credits, are rewarded with access to the site's VIP offerings, which include table games and slots with names like "50 Dolphins," "Eagle Bucks" and "Total Meltdown."

New Jersey law prohibits real online gambling unless the site operator holds a license for a physical casino and applies for online services. The alternative is to partner with an existing license.

In January there had been hope the new-look hotel would reopen by President's Day, but that fell flat as the two sides dug in on Straub's licensing woes, which in summary, are that Straub does not possess a casino license.

The commission claims he must be licensed in order to reopen. Straub is suing state gambling regulators on the grounds that he shouldn't need the casino license if he's renting out the casino space and operation to Connecticut developer and TEN CEO Robert Landino.

And so the $2.4 billion building — bought by Straub for $82 million in 2015 — sits unoccupied just months away from beginning of another Jersey Shore summer.

Until then, it's "King of Bling" and "Enchanting Pixie" on your computer. Have fun.