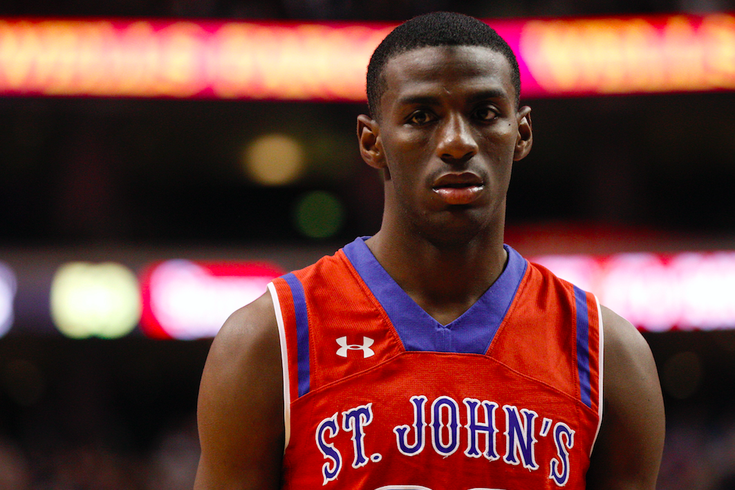 St. John's Rysheed Jordan looks on during the second half of an NCAA college basketball game against the Villanova, Saturday, Feb. 22, 2014, in Philadelphia. Villanova won 57-54.

According to 6ABC, the 22-year-old is one of three suspects in a May 27 shooting on the 2400 block of Diamond Street.

Jordan, police say, shot one of the victims in the arm as they all tried to flee the scene.

At around 2 a.m. Wednesday, Jordan was taken into custody by Philadelphia police on the 2100 block of North 15th Street. Officials said he initially attempting to escape from officers.

Jordan, a graduate of Vaux High School in North Philadelphia, left St. John's last year in an attempt to catch on with an NBA team. According to the New York Daily News, his departure was motivated in part by academic ineligibility at St. John's. He was eventually drafted fifth overall in the NBA D-League by the Delaware 87ers, who released him after 11 games.

Jordan is charged with attempted murder, robbery and other offenses.