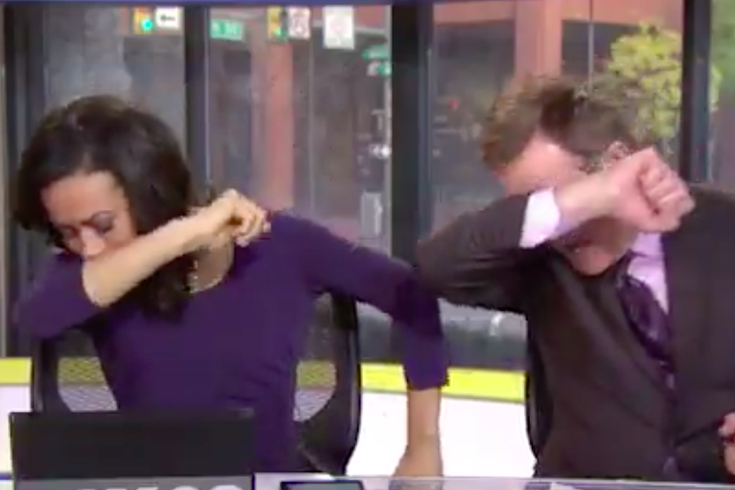 Mike Jerrick is one of a kind. From his goofy, dad-esque style of humor to him openly mocking celebrities like Ryan Lochte and the Kardashian sisters, he's certainly not your typical morning show host alongside Alex Holley on FOX 29's Good Day Philadelphia.

Which is why it was no surprise to see him and Holley attempting to mimic a world-class athlete's victory celebration Wednesday morning.

In case you've been absent from NFL Twitter since the Eagles' embarrassing loss Sunday, Carolina Panthers quarterback got some flack, including the ire of an angry mother, for his touchdown dance during a game against the Tennessee Titans.

Many have denounced the idea of shaming a professional athlete for simply enjoying himself. But Holley and Jerrick didn't touch on the controversy. Instead, they simply attempted to instruct their viewers on exactly what the "dab" dance is. Watch below (h/t Bleacher Report):