For Halloween, Frankie Jonas spoofs his older brother Joe and Taylor Swift – with the help of his girlfriend

The couple recreated the outfits that Joe and Taylor, who once dated, wore in the 2009 concert film 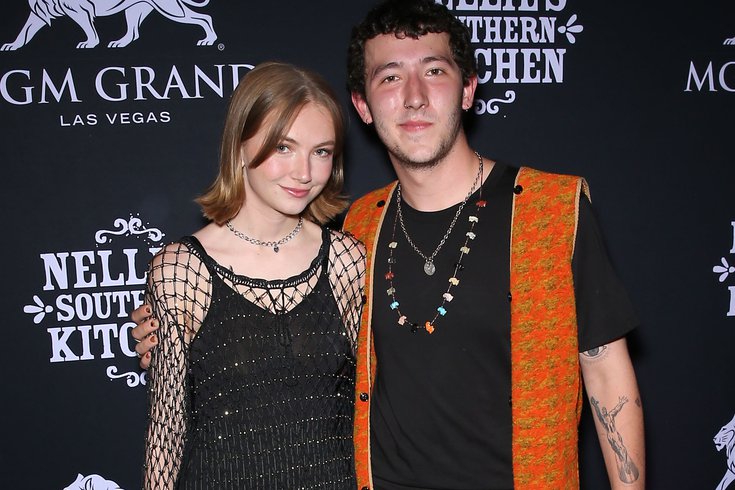 Fans of pop culture watch social media with bated breath around Halloween to see what unique and expensive costumes their favorite celebrities choose to wear.

Frankie Jonas, the 22-year-old youngest brother to New Jersey natives Kevin, Joe and Nick of the Jonas Brothers, decided to keep it in the family with his costume selection. Frankie and his girlfriend, Anna Olson, dressed as Joe Jonas and Taylor Swift appeared in the 2009 movie, "Jonas Brothers: The 3D Concert Experience."

Inspired by the outfits worn during the Jonas Brothers' and Swift's performance of "Should've Said No" in the film, Frankie Jonas wore an all-black ensemble, including a "Burnin' Up" T-shirt and vest, while Olson wore a sparkly dress and cowboy boots.

As expected, fans expressed their appreciation for the costumes on social media.

This just might be the funniest thing I have ever seen. Frankie Jonas wins Halloween this year. https://t.co/HhziXiv2uT

Frankie Jonas & his GF dressed up as Joe and Taylor Swift for Halloween. Joe completely ignored it 😂😂😂

What a savage and hilarious move by @FrankieJonas and his girlfriend to dress as his brother and taylor swift. Classic humor from a Jonas Brother.

Joe Jonas and Swift, a Reading native, have had a rocky history. They were first linked romantically in 2008, when they were teenagers. A messy breakup led to Swift revealing on "Ellen" that Jonas ended the relationship through a 25-second phone call and both musicians releasing songs that fans believe were inspired by their break up.

Frankie, who was once nicknamed the "Bonus Jonas" for his exclusion from his older brothers' band, has become a star in his own right in recent years. He is highly successful on TikTok, boasting 1.8 million followers, and has a gig co-hosting the ABC reality competition "Claim to Fame" with his oldest brother, Kevin.

Joe has not yet responded to his brother's costume, and it remains to be seen whether Joe will clap back next Halloween with a spoof of one of his youngest brother's less-than-stylish outfits from back in the day. If Joe needs inspiration, Frankie is no stranger to posting throwback photos of himself on his social media pages.