Storied bar settles into its role in LGBT Philly 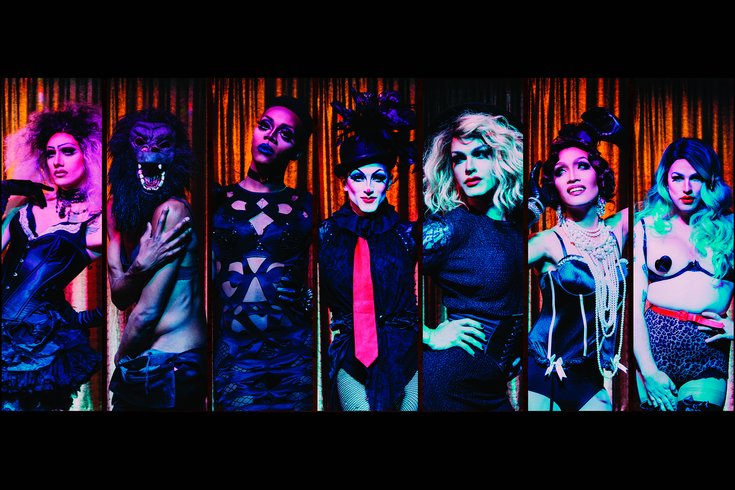 It's 9 p.m. on a Sunday, and a drag queen with dolls taped to her breasts is thrusting a wrecking ball at another queen dressed as Nicki Minaj -- both doing slow-mo drop kicks to the soundtrack of "Mortal Kombat."

This, ladies and gentlemen, is a tame night upstairs at Franky Bradley's.

Franky Bradley's bar and restaurant opened at 1320 Chancellor St. in February, tucked in an alley that funnels like a valve into the heart of the Gayborhood. It controversially set up shop in the same space that once housed the shuttered lesbian bar Sisters Nightclub, and for nearly 50 years was a traditional steakhouse that went by Frankie Bradley’s.

The new incarnation has rolled out the welcome mat with an ambitious something-for-everybody approach.

Franky Bradley’s debuted with a vow to be a safe space for LGBT people, but also an extension of the "cool" factor owner Mark Bee has brought to unconventionally trendy spaces like N. 3rd and Silk City. Months after opening, the reality of how the space has taken shape in the community seems surprisingly on message.

The proof is in the programming: A look at the calendar has everything from well-regarded hip-hop DJs Stretch and Bobbito in October, to circus-burlesque show "Smokin' Guns" on Sept. 20, to a Martha Graham Cracker performance Oct. 3. The first Friday of every month is home to in-house production "Franky's Foxes," a troupe of seven drag queens.

Attend a Foxes show in particular, though, and you'll instantly notice with a mixture of bachelorette parties, sports-appareled men and pockets from the LGBT community, the makeup of the crowd is less ICandy than it is Bob & Barbara's -- in the Gayborhood, no less.

“It’s not a conscious effort to be this or that, or to be a place that’s a mixture," General Manager Joe "Joppy" Ferrone told PhillyVoice. "What we’ve done is given the guests the tools to have a good time here: We’ve given them the space, the great food and drink, the service, and it’s up to all of them to make it what it will be, to define it. And I think one thing that has surprised me most is that we have gotten such a mixture of people. I thought it would skew one way or the other a bit, but it’s been a mix. And it almost came naturally."

Assistant General Manager Dave Morreale told PhillyVoice that aside from easily unifiable food and drink offerings downstairs and kitschy decor, the mixed crowd can partly be explained by the effort to provide diverse programming that's consistent, but not predictable. The result, he said, is a "rounded" audience.

"I appreciate Franky Bradley's because they’re ballsy," Carl Michaels, a longtime Gayborhood DJ, told PhillyVoice. "They do things that are uber gay, and then the next night they’ll have some guys from Fishtown DJing. ... They’ve done a good job of not being too much of anything." 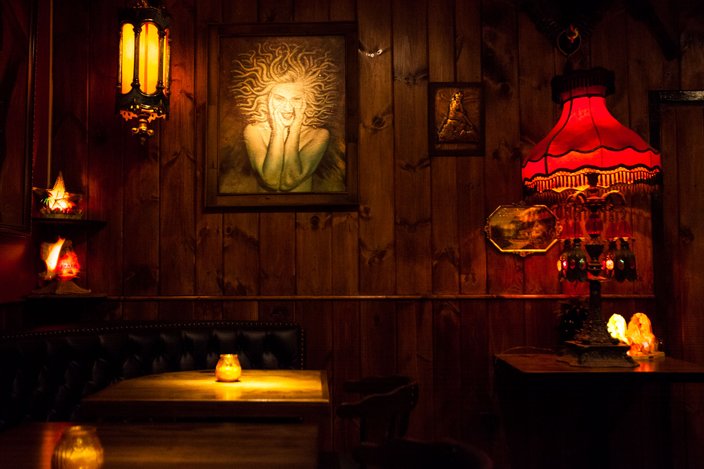 Inside Franky Bradley's, which has drawn everyone from a Real Housewives of New Jersey star, to Mayor Michael Nutter to pockets from the LGBT community. (Thom Carroll / PhillyVoice)

By Morreale's own admission, Franky Bradley’s is a Gayborhood bar that's intentionally eschewed a strict "gay" or "straight" label and has instead stood on its own as what he only half-kiddingly calls a "House of Weird."

"Honestly, the weirder we get, the more accepted we get," Morreale joked.

But it's not all rainbows and Martha Graham Cracker, either. Shaking its image as "the old Sisters," Morreale added, has been a struggle. Some simply are unaware that Bradley’s has opened in its stead. Others still are saddened that Sisters -- then the only lesbian-devoted space in the city -- remains closed.

"Look, I hung out at Sisters all the time, but I don’t even see it anymore," Morreale said, scanning the room. "They’re two so different things, and it's not to alienate anything by any means, but it’s just become this new thing. It’s an uphill battle to be recognized."

Which is why Franky Bradley’s programming has become such an essential part of getting recognized, by LGBT crowds and others. It is, as Morreale noted, not exactly as visible as the packed crowds you'll spot at Woody's while walking down 13th Street on a Saturday night, but does rake in quite a crowd of its own at a Foxes show on a Friday night.

And to some extent, that push with programming seems to be paying off.

Natasha Wirth, a former regular at Sisters Nightclub who avoided the new bar for months, stopped in for a cocktail and to see a drag show for the first time in May. She left won over.

"Though I was very anti-this-business, I’m realizing that’s not the case now," Wirth told PhillyVoice. "Franky Bradley’s seems to be aware of the community they’re surrounded by, and also of the space they're in and what that’s meant for many in the queer community in Philly."

"I still believe wholeheartedly there should be spaces specifically for queer women in Philadelphia," she added, "but Franky Bradley’s isn’t that and doesn’t have to be."

It's also worth mentioning that Morreale tries not to oversaturate the performance space with drag culture by booking every queen in town -- despite the demand. 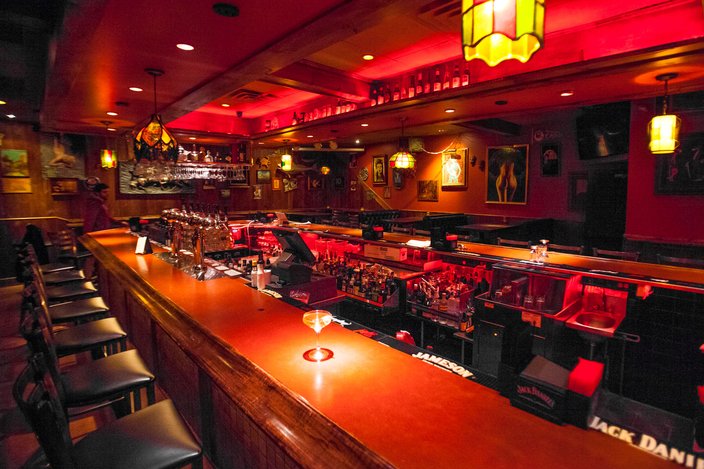 "It's the space to perform in right now," Ryan Henaghan, who performs at Franky Bradley's as "Mistor Fahrenheit" in the bar’s "Friends with Benefits" show, told PhillyVoice. "I think they’re really smart by not just giving everyone a show. They’re very selective and they want to set a certain bar and keep that bar, and I think that’s smart to do as a venue owner."

Henaghan, who performs in several other venues in the Gayborhood, explained that Franky Bradley's currently stands out in the drag community for obvious reasons (read: new sound and lighting systems), but also because its mixed crowd gives drag queens a chance to show those who don't often frequent the Gayborhood "a glimpse into what the real nightlife scene is like" in the LGBT community.

Consider it a positive byproduct of a space that's created an identity by, well, not having one.

"When I get the question of ‘Is it a gay bar or a straight bar?' it’s like, ‘It’s not one specific thing. Walk inside and check it out!'" Morreale insisted.

Then he grins, spreading both arms over the top of his booth seat.

“Walk in the doors, take in the red light, and see it for what it is.”