Today, Adam Jasinski uses his life experience to help others in recovery 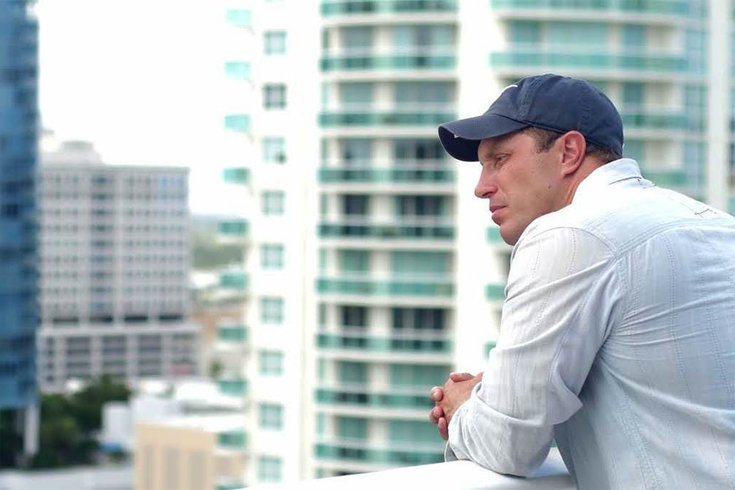 Cherry Hill native Adam Jasinski went to prison for four years after using a large share of the $500,000 he won on "Big Brother" to buy oxycodone. His mother, Denise Jasinski, believes the arrest saved his life.

On Wednesday night, the latest winner of the CBS reality show "Big Brother" will be awarded the $500,000 grand prize.

Most people would say that is enough money to make a difference in one's life.

For one winner, a South Jersey man who took home the half-million and a motorcycle during "Big Brother 9" in 2008, winning the money was most definitely life-changing.

Most people would say the show ruined Cherry Hill native Adam Jasinki’s life. After all, he was arrested and sentenced to four years of serious federal time for peddling oxy just a year later.

But his mom, Denise Jasinski, thinks the high-profile bust – the drugs were bought with some of his TV show winnings, pumping up the press and public interest – saved his life.

After all, he was, in mother’s words, “a party animal” and “wild and crazy” right up until the feds arrested him.

Insecure and hyper-anxious, with undiagnosed bipolar disorder– his family thought he had attention deficit disorder – he self-medicated. He’s now been clean and sober for more than seven years.

And now he’s putting his history of hitting bottom and climbing back up to use by serving as a resource for others. Jasinski is writing a book for parents dealing with addicted children and also a workbook for teens and young adults coping with staying clean post-release from drug addiction treatment.

He’s also an unpaid, informal mentor and consultant for the drug and mental health treatment center – Oceans Medical Centers – recently opened by his mother and a co-owner (who lost a family-member to opioids) in Palm Beach County, Florida, not far from his home in Delray Beach.

And despite – or because – of his history, he still checks in on "Big Brother." He’ll be watching the Season 18 finale on Wednesday night, he said. 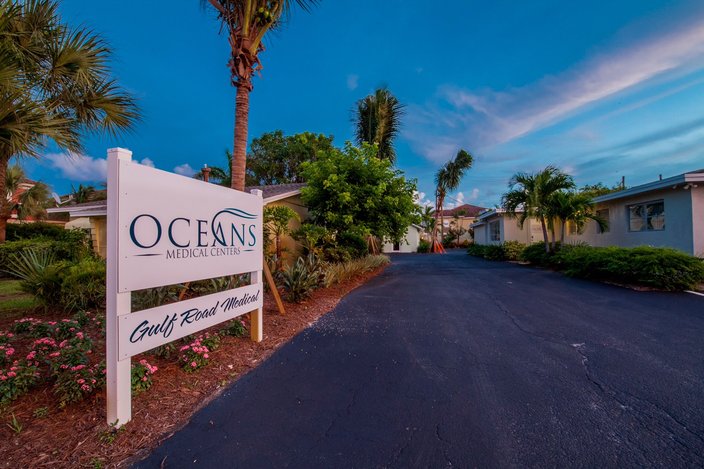 Denise Jasinski and a partner who lost a relative to opioid addiction have opened a drug and mental health treatment center in Florida as a result of her experiences with her son, Adam Jasinski. His arrest after using "Big Brother" winnings to buy drugs led to his recovery from drug addiction and control over bipolar disorder.

Adam Jasinki’s drug life started at Cherry Hill High School West, where he says he got high most days after hitting the age of 16.

He also sold drugs while in high school to fund his own use, starting with pot and moving on quickly to hashish, heroin, cocaine, LSD and crack.

Drugs became his life after high school. While living in Old City Philadelphia, he'd sleep all day, party all night, sell drugs, use drugs. And start over the next day.

“He spent a lot of time trying not to work,” says his brother.

“My head was so wrapped,” Adam agrees.

“Being on a reality show made it worse, just magnified his problems. It was crazy. But the casting director wants that person...." – Denise Jasinski, Adam's mother

But he had a big personality and a mile-a-minute mouth, which drew the interest of a casting director.

He didn’t get cast for the first show he was up for – “I was too crazy” – but he became a Season 9 “Brother” contestant.

The reality show features contestants who live in the same Los Angeles house, under constant observation, competing, plotting and conniving all the while, voting to evict one person each week.

His younger brother was not surprised Adam got picked – or that he won.

“He’s intelligent and manipulative, a salesman and a hustler,” Jared Jasinski says.

Adam laughs in agreement when he hears his brother’s description. “That’s me,” he says.

Once the show began, he worked a two-part strategy.

First, lay low for a few weeks and don’t share much. That allowed others to “shoot themselves in the foot. I was fun to be around and no drama. And then I let my personality come out in three or four weeks.”

The second was to strategically share his huge stash of smokes with fellow contestants from the 12 cartons of cigarettes he brought to the house with him, bought with money borrowed from his brother.

“Who is gonna throw out the guy with all the cigarettes? The guy who is gonna take them all home with him if he gets voted out? They all smoked!” he says, laughing. 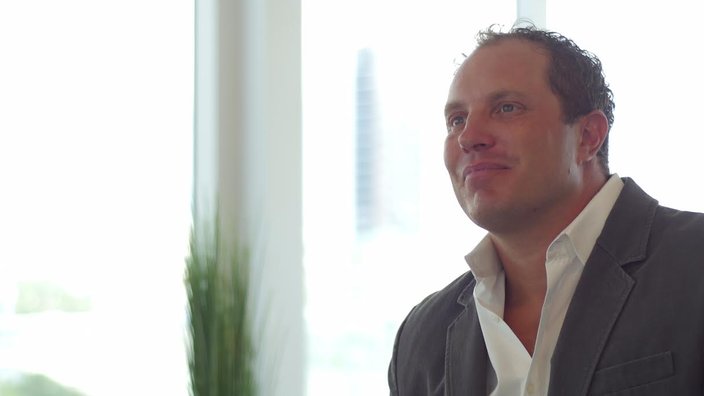 Adam Jasinski has been clean and sober for more than seven years, since his arrest following his appearance on reality TV's "Big Brother." After hitting bottom and bouncing back, he is now serving as a resource for others in drug therapy.

Winning on the show – both the notoriety and the $500,000 prize he won – accelerated his drug use.

“Being on a reality show made it worse, just magnified his problems. It was crazy. But the casting director wants that person, the person (like Adam) that makes the show crazier,” says his mother.

“He’s all of a sudden got three time the number of ‘friends’ and he’s always had friends,” recalls brother Jared, who had his own smaller issue with drug use.

On top of the new so-called friends, Adam used a large chunk – maybe half – of his half million in winnings to buy drugs, both for his own use and to resell.

“It took a catastrophic event and a healthy prison sentence to change him. Before his arrest, he thought he was untouchable." – Jared Jasinski, on his brother, Adam

But he also bought property in South Florida and the rent money he made eventually helped to underwrite the cost of his recovery.

“He had to up the volume to maintain his status,” recalls brother Jared, who like his mom had tried unsuccessfully to convince Adam to pour most of the money into real estate.

Adam’s amped-up behavior and stepped-up drug use – and dealing – put him on the radar of the feds.

Targeted, Jasinski flew to Boston, a wad of money taped to his chest, a sock filled with 2,000 oxycodone pills jammed in his pants, to make a sale.

The buyer, a guy he’d known for years, a man he’d sold drugs to before, but unknown to Jasinski also a cooperating informant for the feds, set him up.

In a taped exchange on Oct. 19, 2009, at a suburban Boston strip mall, an informant used the code phrase – “Can I get an 8 ball?” The DEA agents’ guns came out and the cuffs went on Jasinski.

Today, Jasinksi says he has not used drugs since he was taken into custody by the feds.

His first three days sober were sleepless. But rather than focusing on the prospect of serious prison time, he kept hearing himself say he could not do drugs because he was jailed. “I was more upset about not not doing coke,” than getting arrested, he says.

“It took a catastrophic event and a healthy prison sentence to change him. Before his arrest, he thought he was untouchable,” says his brother. 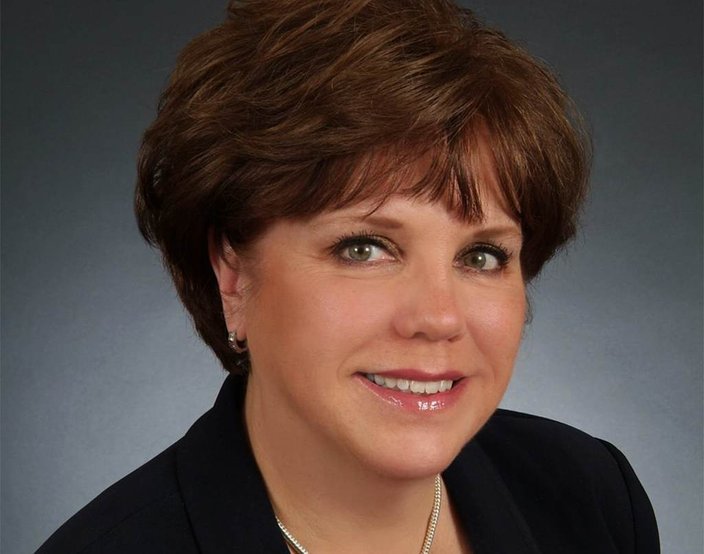 Denise Jasinski, the mother of South Jersey native Adam Jasinski, has opened a treatment center for drugs and mental health in Florida, near where her son lives. Had he not been arrested following his "Big Brother 9" appearance, she believes he would be dead now. She wants to help others as a result of her experience with her son.

'REHAB IS NOT A MIRACLE'

Driving on the day he got popped by the feds, Denise learned of her son’s arrest on KYW Newsradio.

She decided to face the arrest head-on, sending an email to friends and family, acknowledging “my son made a wrong choice.”

After posting a hefty bond – $200,000, secured by three of his Florida properties and his parent’s home – he went to an in-patient drug treatment center in Massachusetts.

Next came an out-patient mental health treatment center run by Penn Medicine, the first time his bipolar disorder was ever addressed.

In October 2010, he entered a guilty plea. In a twist of irony, his lawyer sought a term of house arrest – basically the premise behind “Big Brother” which keeps contestants in a house for 90 days.

But the following January he was sentenced to four years in federal prison for drug trafficking and tax evasion – he had not reported his “Big Brother” prize money.

His arrest refocused Adam. He went to counseling for both his drug addiction and his mental health, which continues even now after years of sobriety.

“Rehab is not a miracle,” he says.

He found the right combo of drugs to address his manic-depression, and also discovered that working out helped with both his mental health and his drug cravings. He also read voraciously on both addiction and mental health.

Prison expanded his natural talent for “dealing with the best-of-the-best and the worst-of-the worst," including the three hardcore drug dealers he shared a cell with in one of the many federal facilities he drifted through.

“We talked about their drug dealing every night,” recalls Adam.

As a convicted felon, Adam can’t be an employee in a drug treatment center, which is why he’s working unpaid at Oceans Medical Center, as well as fielding calls from young addicts and concerned parents, especially from back in South Jersey.

Many New Jersey residents get referred to Palm Beach County drug treatment centers, according to Adam and his mother.

Two reasons drive the Garden State-to-Sunshine-State connection: Treatment centers are more abundant in Florida because New Jersey has home-rule and a distinct NIMBY attitude; two, if you are going to spend weeks on end stuck in one place, a year-round vacation climate is pretty appealing.

But unlike the majority of centers in Palm Beach County, Oceans combines mental health treatment into its program from the outset, which sets it apart, says Jasinski.

Then there is also his “been-there” experience.

'GETTING RIGHT WAS MY FIRST FULL-TIME JOB'

"[Adam] understands the needs and the patterns of the patients, but he also understands what it takes to run a business,” says his brother.

“He has an ability to relate,” says his mother. “He’s walked the walk.”

“I’m a rarity. And I know what worked. I had a bridge the whole way because I had income from my properties. That paid for my counseling. I’m always on top of it. I’m always seeing someone.

“Now I’m enjoying the fruits of my labor. Getting right was my first full-time job” he says.

Denise felt compelled to open the center because she knew so many parents who “don’t know what’s in their kid’s minds.” The issue is more acute with young males, she adds.

“I don’t have have a medical degree, but I have a degree as a mom whose son has been arrested and is bipolar,” she explains.

“He’s able to say there is a way out,” Denise adds.

“I have a passion for this,” she says of her new Oceans treatment venture.

Adam Jasinski has some advice for anyone trying out for – and winning – on a reality TV show.

"I'd say you definitely have to want it," he begins.

When he did not get picked for a reality show first time out, he went to work for a production company that did work for another show.

Eventually the casting director for the first show called him in again, this time for "Big Brother."

"You need to tell them who, what, when and why about you. You have one shot. Be genuine. Be true. Show who you are.

"You also need to show them versatility," he added.