Gallery Gameplan: The First Friday before the storm

All the art to heart before Matthew gets here 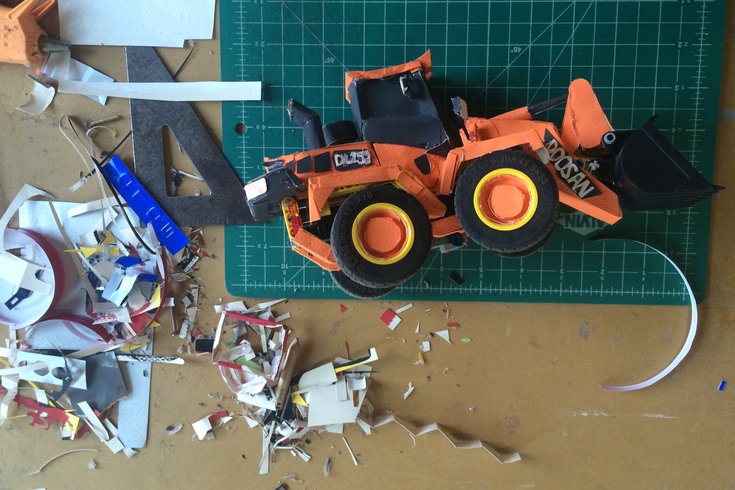 The way Philly artist Lucia Thome describes her summer, well, you’ve been there.

“Lots of people in my community are going through this transition. Everyone has an upset right now, everyone’s figuring stuff out,” she explains. Even if you’re not an artist, not 25, not single, and not upset in Philadelphia, are people ever really not trying to figure things out?

After a long-term relationship came to an end, Thome found herself living alone for the first time ever this summer.

“I’m a pretty extroverted person. It was a challenge,” she says. “When you go home … what do you do with this time?”

Ah, yes, The Big Question for people with not a ton of disposable income and burgeoning adult-ish responsibilities (but perhaps not all-consuming kid/mortgage-type responsibilities): What do I do with myself? Is this open road of possibility a freeing opportunity, or a stifling one?

“As an artist, if I wanted to work from my studio at 2 a.m., I could. I wasn’t held accountable for anything,” she says. “If I want to sit down and watch a TV show and cut paper for hours, I can,”

“But also, what do you eat when you’re by yourself? I like cooking a lot of food, but for one person, it’s like … I’m going to be eating curry for the next three days,” she continues. Ah, yes. Responsibilities. Stifling.

Also, summertime, Thome explains, carries a feeling of “sameness” and redundancy that’s different from the transitional spirit of fall.

“Seasonally, days are very different in the fall,” she muses. “In the summer, every single day for two months, it’s hot, it feels gross, it hasn’t rained ...”

So what to do? In Thome’s case, she listened to the new Frank Ocean album on repeat, collected found items from her job at Recycled Artist in Residency (RAIR) in Northeast Philly, and made sculptures. Whenever she wanted.

At RAIR, she says, she’s found things she’s incorporated into her work — like little miniature bricks, tiny ceramic figurines and paper, lots of paper. Her “Solo Summer” exhibit at NAPOLEON is specifically focused on paper sculptures.

“This summer in particularly [was about] intuition-based making,” she says. “I feel like this is a good thing to make, so I’m going to make it.”

That sense of doing what’s right for yourself in the moment — staying up late in the studio just because you can, eating whatever you want, whenever you want, going with your gut in terms of your work — is coupled with what Thome calls another theme of the exhibition: everyday habits.

“Whenever there’s a shift in your routine,” she says (like getting your own place, a breakup, even moving to a new state or starting school) “you have to shift around and recalibrate. Maybe this [was] the time I needed to start making some different sculptures.”

Over the past year, Atomic City’s South Street outpost has nurtured an art collective called “The Atomic City All-Stars,” comprising more than 70 local artists whose work is featured in recurring shows. Each month’s art show at Atomic has a theme and naturally, this one’s Halloween-focused.


Artists for this show have “reimagined” the Major Arcana — that’s a 22-card suit in the Tarot deck; The Fool, The Magician, Death, etc. — using characters from popular culture in the spirit of Halloween.

This show will feature works celebrating characters from Adventure Time, Game of Thrones, and tons of others, and one artist, Kelly Vulfolaic, will give a live Tarot reading to each guest who buys a print. 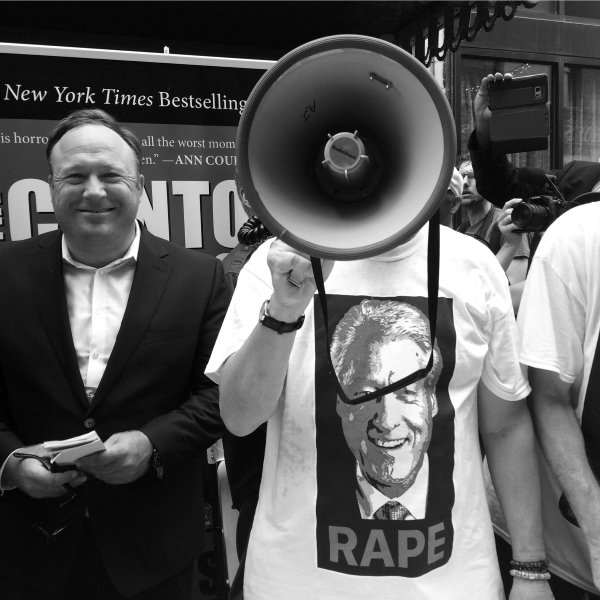 From “The Unamericans” by Bruce Checefsky.

“The Unamericans” by Bruce Checefsky

Well, we couldn’t fail to mention this one, given the upcoming presidential election, the stakes of which loom on the horizon like an ecosystem-obliterating mushroom cloud.

Checefsky, bravely, took photographs (using his iPhone, mainly) at the Republican National Convention in Cleveland in July and subsequently published a book.

We’ll let him explain the rest: “I was primarily interested in the RNC as a flashpoint for recording the massive presence of law enforcement and international news media, with the idea that both forces present the special event in ways that are different than the person on the street,” he writes.

Too true. Oh, also: “I was interested in documenting the RNC as a way of understanding who these people are and why they support their candidate.” Maybe this show will illuminate us, Bruce. Right now, we’re stumped.