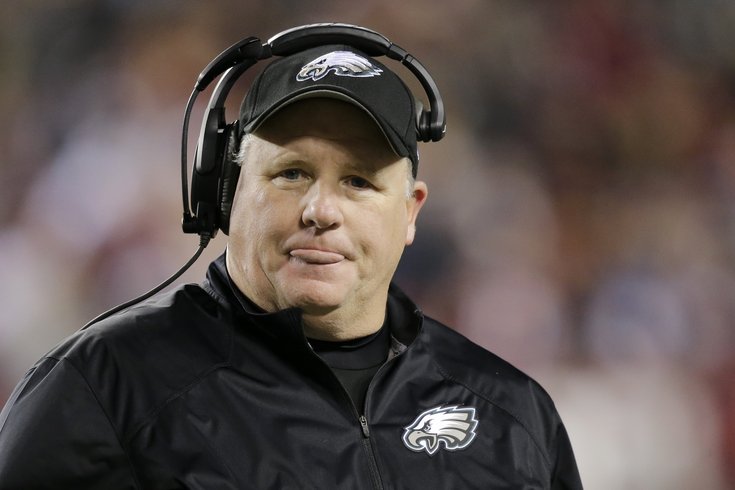 That actually ties the Eagles for the seventh highest over-under in the NFL. Bovada's full list of odds:

• Lions: The Lions have a great run defense (Suh out, Ngata in) and an explosive offense. Last season, they won 11 games, and it didn't seem like it was flukey. I'll take the Lions to win 8+ games all day.

• Bengals: Nobody likes Andy Dalton, and while the Bengals can't win playoff games, at least they're reliably good during the regular season. The over-under for Cincy is 8.5, and they've won at least nine games in each of the last four seasons.

• Jets: Geno Smith is going to lead the Jets to a winning record? Please.

• Giants: I keep seeing that the Giants are this greatly improved team. How exactly?

• Falcons: Atlanta has won five games per season the last two years, and it's not as if their QB went down. Their defense stinks and their offense is overrated.

• Bills: The Bills are a promising team, but their QB is Matt Cassel. The ceiling is low.

What about the Eagles?

I think 9 is a good number, but if I'm leaning one way or the other, I'll take the under. (Ducks)