Here's a few diseases and symptoms to keep a watch on 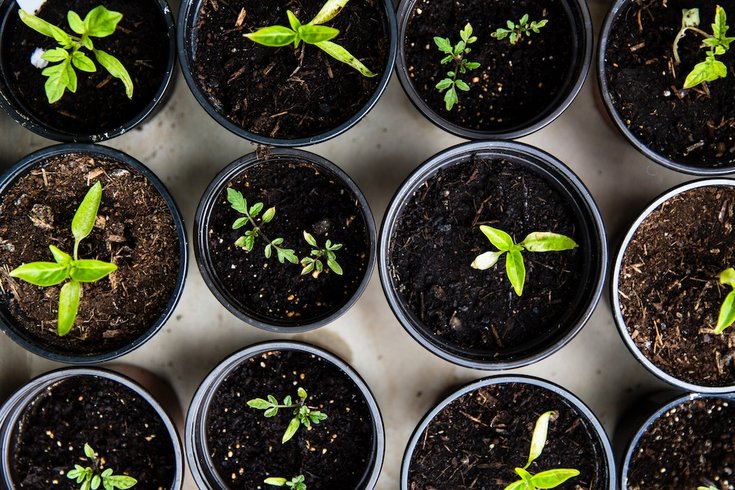 If tackling your garden (or potted plant situation) is on your agenda for this mild weekend, there’s something you should know: potting mix is known to carry harmful bacteria and fungi that have sparked serious lung infections – and even death, in some cases.

Infection-causing bacteria and fungi live in soil and water, so it's not surprising that they can be present in potting mix and threaten people's health. Of course, overall, the risk is very low.

Potting mix is usually a mixture of inorganic and organic material, according to Peter Collignon, professor of infectious diseases and microbiology at Australian National University:

It often rests at a higher temperature than soil because of where and how it's stored, so it retains heat for longer. Bacteria and fungi generally grow better in moist and warm environments.

RELATED READ: Experts think we should drop the 'antibacterial' outlook on life

If bacteria or fungi are already present in low numbers, they can quickly grow to very high numbers in optimal conditions. This includes many bacteria in soil that can cause problems in people — such as strains of nocardia (causes nocardiosis, an infection of the lungs or whole body), legionella (causes Legionnaires' disease), and clostridium (causes tetanus).

According to Fine Gardening, senior gardeners and gardeners with compromised immunity are at highest risk of contracting a disease.

According to Mark Blaskovich, senior research officer at The University of Queensland:

Bacteria such as Escherichia coli, Salmonella, Campylobacter jejuni, and Listeria monocytogenes are often present in gardens as a result of using fertilizer consisting of cow, horse, chicken or other animal manure. Bacterial infections can lead to sepsis, where the bacteria enter the blood and rapidly grow, causing the body to respond with an inflammatory response that causes septic shock, organ failure, and, if not treated quickly enough, death.

Legionnaires' disease is a form of pneumonia most commonly caused by the bacterium Legionella pneumophila, which is found in lakes, streams and other freshwater terrains. The first recognized cases of the disease occurred in 1976 in Philadelphia during an American Legion convention at the Bellevue-Stratford Hotel in Center City. More than 180 attendees came down with the disease and 29 of them died, according to the Centers for Disease Control and Prevention.

A lesser known cause of Legionnaire's disease, the Legionella longbeachae bacterium, was first isolated in 1980 from a patient in Long Beach, California. The bacteria is found in compost and potting soil, Medical News Today reports.

Bacteria or fungi need to be introduced to the body in order to cause disease. This usually happens by inhaling the organisms into the lungs. It can also occur through the skin, such as with the chronic fungal infection sporotrichosis, also known as "rose gardener's disease."

While the risk is low, if people do develop symptoms that are ongoing and have had recent exposure to potting mix within the incubation period (two to 10 days after exposure), they need to seek medical help and make it clear they are worried that potting mix may be a cause.

It is especially important to disclose the potting mix connection to providers because the antibiotics needed to kill legionella are different than the standard penicillin-like antibiotics used to treat pneumonia acquired in the community.

As gardening season picks up, fairly simple precautions such as washing hands, wearing gloves and — when necessary — wearing a mask will ensure rates of infection remain low.