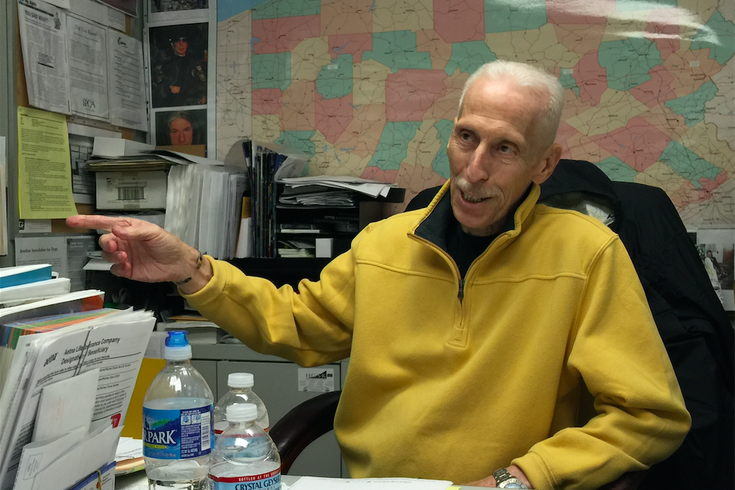 George Bengal, director of humane law enforcement for the Pennsylvania Society for the Prevention of Cruelty of Animals.

George Bengal, the Director of Humane Law Enforcement of the Pennsylvania Society for the Prevention of Cruelty to Animals (PSPCA), died Saturday at the age of 69, the organization announced.

Bengal served over 20 years as an advocate for animals by saving thousands of animals' lives, bringing hundreds of criminals to justice and becoming the voice of the voiceless.

The work of Bengal’s team was profiled on a pair of television shows: "Animal Cops Philadelphia" in 2008-09 and the National Geographic program, "Philly Undercover" in 2012.

“George Bengal was an icon, a fierce warrior against animal cruelty, and a street smart cop who led by example. The animals have lost their best friend and we have lost a most special colleague. His officers didn’t work under him. They worked next to him,” said Jerry Buckley, CEO of the organization. “We always knew George was courageous in his work. But the way he faced his own death took courage to a new level.”

Prior to his work at the PSPCA, Bengal was a 22-year veteran of the Philadelphia Police Department and served in the Vietnam War.

Earlier this year, doctors diagnosed Bengal with Stage IV peritoneal mesothelioma. However, he dedicated his remaining days to advocating for the continuation of the Pennsylvania SPCA’s work to end animal cruelty.

“I never thought that I would have a following like this, and I’d like to see it put to good use,” Bengal said. “This is not about one single person. It’s about carrying the program forward. We’ve all put a lot of blood, sweat, and tears to make the program what it is. I’ll be gone. We have capable people who can step up. I want to see the public and government support this program. If we didn’t do this anymore, there’s nobody to fill the void.”

Bengal is survived by his wife, Carole, and daughters, Lisa and Kim.

In lieu of flowers, the family asks that donations be made to the George Bengal Fund to End Animal Cruelty.