Monitoring of cellphone and office landline authorized in Pennsylvania, not New Jersey 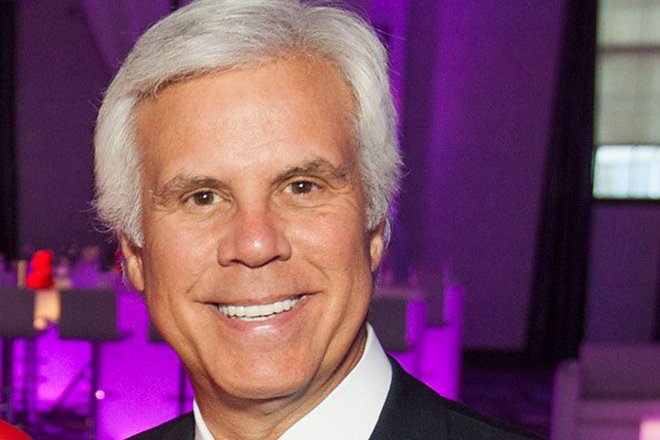 The report was based on a letter from U.S. Attorney William McSwain, of the Eastern District of Pennsylvania in Philadelphia, to an unidentified person whose “electronic, oral, and/or wire communications“ with Norcross were recorded, but it doesn't mention why Norcross’ cell and office landline phones were tapped, Politico reported.

A source with knowledge of the investigation told the political website that authorities looked at legislation that stimulated development along the Camden waterfront by granting generous tax incentives that benefited Norcross' insurance company, Conner Strong & Buckelew.

(Norcross is the father of PhillyVoice.com Founder & CEO Lexie Norcross, but has no affiliation with the digital news site.)

Norcross' criminal defense attorney, Michael Critchley Sr., said in a statement that it was learned in September that his client's phone calls were monitored for "a brief period of time" in 2016.

"It is an unfortunate fact of life that people can draw scrutiny based on unknown allegations. Mr. Norcross thanks the government for letting him know that neither he nor anyone with whom he works did anything wrong and that its work ended quickly and without any finding of impropriety." – Michael Critchley Sr., defense attorney for George E. Norcross III

"The reviews ended quickly after it became clear that neither he nor the people with whom he works or associates did anything wrong or untoward," Critchley's statement said.

Critchley also said that the U.S. Attorneys Offices in Newark and Philadelphia provided written and verbal confirmation that Norcross was neither a target of any investigation, nor the focus of any ongoing investigation.

Critchley said he received a September 27 letter from First Assistant U.S. Attorney Rachael Honig saying that an “investigation“ by the U.S. Attorney’s Office in New Jersey was closed, the New Jersey Globe reported.

The Inquirer reported on Wednesday night that documents indicated the wiretaps weren't tied to a New Jersey investigation, but a long-running probe of John "Johnny Doc" Dougherty, the Philadelphia labor leader. According to the newspaper, court filings dealing with the phone wiretaps on both Dougherty and Norcross bear the same case number. They also were signed by the same prosecutor and approved by the same judge.

The Norcross wiretaps were pursued and authorized not in New Jersey, but in Pennsylvania, and were authorized by U.S. District Court Judge Paul Diamond, Politico had reported:

The initial letter obtained by POLITICO was signed by McSwain and dated Sept. 17. It informs the recipient that a federal judge in Pennsylvania authorized “interception of electronic and wire communications” on Norcross’ cell phone as well as the landline at Norcross’ insurance brokerage, Conner Strong & Buckelew in 2016. According to the letter, the wiretaps were authorized to take place from July 28, 2016, to Nov. 16, 2016.

“... During the period of authorized interception, electronic, oral and/or wire communications in which you were identified as a participant were intercepted,” the letter states.

"It is an unfortunate fact of life that people can draw scrutiny based on unknown allegations," Critchley's statement said. "Mr. Norcross thanks the government for letting him know that neither he nor anyone with whom he works did anything wrong and that its work ended quickly and without any finding of impropriety. As he has for years, Mr. Norcross will remain focused on the renaissance of Camden and helping the city build a brighter future."

In 2013, the state of New Jersey overhauled tax incentive programs, with extra incentives for South Jersey, and Camden in particular. The Economic Opportunity Act of 2013, co-sponsored by Norcross' brother Donald, then a state senator, was approved by the legislature.

In time, Connor Strong & Buckelew would gain approval for $86 million of tax incentives to relocate its corporate offices from Marlton to the Camden waterfront.

The insurance company and several other entities are currently constructing new offices expected to be completed in the near future.