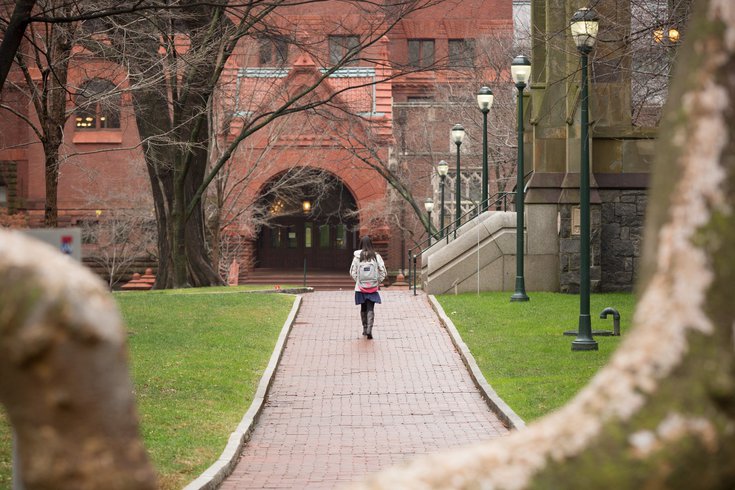 Penn announced Thursday that it will remove a statue of slavery supporter George Whitefield. The statue, erected in 1919, is located in the Dormitory Quadrangle.

The University of Pennsylvania is removing a statue of George Whitefield, an English minister who supported slavery, from its campus.

The statue was erected in the dormitory quadrangle in 1919. Whitefield, one of the early leaders of the Methodist movement, pushed for Georgia to legalize slavery in the late 1740s. He owned 50 slaves at his death in 1770.

His connection to Penn stems from the sale of church meeting house that housed the university's predecessor.

"He was a well-known evangelical preacher in the mid-18th century, who notably led a successful campaign to allow slavery in Georgia," the university leaders wrote. "This is undeniably one of Whitefield’s principal legacies. Honoring him with a statue on our campus is inconsistent with our university’s core values, which guide us in becoming an ever more welcoming community that celebrates inclusion and diversity."

The Whitefield statue's removal comes amid a nationwide movement to dismantle monuments honoring individuals with ties to slavery, racism and oppression.

Penn also announced the formation of a Campus Iconography Group that will examine the history of other statues and symbols located on the University City campus.

"This group will engage in broad outreach across our community and advise us on further steps to ensure that the placement and presence of statues and other prominent iconography better reflects our achievements and aspirations to increase the diversity of the Penn community," the leaders said.

They applauded the Penn & Slavery Project, a research group, for scrutinizing the university's ties to slavery. The research group notes that 10 campus building are named after former slave owners.

The university's leaders did not outline any immediate plans to rename the buildings. Princeton University, a fellow Ivy League institution, recently renamed a building named for President Woodrow Wilson.