Give me an A: Varsity letters proposed for non-athletes 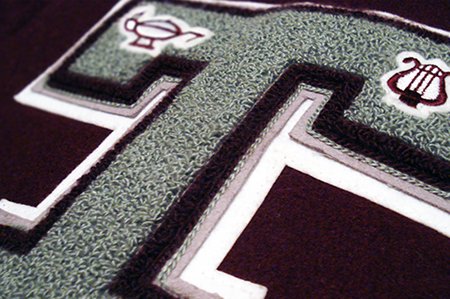 Any school-sponsored, interscholastic extracurricular activities that include competitions can earn a varsity letter awarded by the district under a New Jersey Senate committee proposal approved Thursday.

A New Jersey legislative committee is giving new meaning to the phrase "science jock." Or "debate jock." Or even "music jock."

A new measure proposes that extracurricular activities could earn high schoolers varsity letters, just like those awarded to athletes. School districts would not be required to award letters to non-athletes.

“Academic and artistic achievements are just as important as athletic success,” said state Sen. Diane Allen (R-Burlington), one of the sponsors. “Many school districts already award varsity letters to those who excel in competitive activities outside of athletics, such as marching band.”

And while you might expect an “everyone gets a ribbon” response from those in traditional letter sports, one winning high school football coach in South Jersey embraced the idea.

“It’s giving kids, and we at Salem all feel as if we’re one, that group feeling, that we’re all in this together,” said Montrey Wright, the head football coach at Salem High School.

“The kids in the band are as much a part of the success we have on the field as anyone. They, too, have to sacrifice and practice like the athletes do. They represent the school and I think they are deserving of a varsity letter. I think it’s great."

Joseph Santoliquito contributed to this story.