Going to the shore? Why not go north? 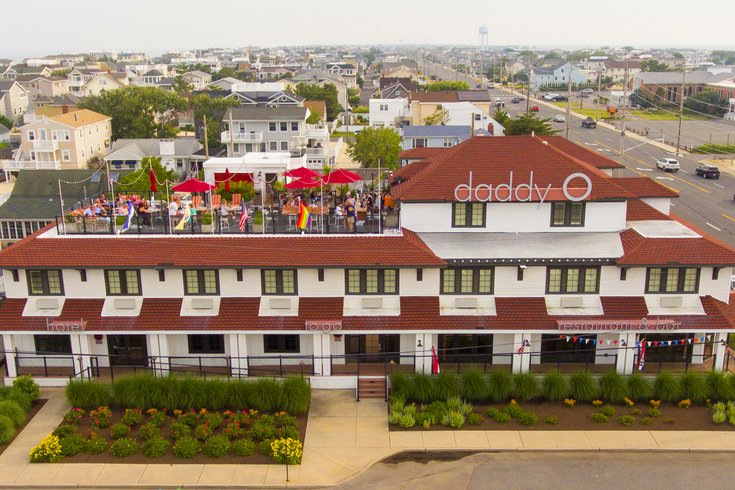 Why not go north of Atlantic City the next time you head to the shore?

Atlantic City and Asbury Park are only 77 miles apart but at times the two Jersey shore destinations seem light years away. The accents are as different as the names of the sandwiches. You say hoagie, I say sub. When you walk into a bar in Central Jersey, it's the Yankees and the Mets on television. Points due south feature the Phillies.

For many Philadelphians the Jersey shore only means South Jersey. However, most folks from the Delaware Valley are closer to Ocean Grove than Cape May. Maybe it's time to reevaluate your Victorian destination and celebrate the differences and revel in the similarities that Central Jersey beaches present.

Here's a list of reasons why beaches north of Atlantic City should be experienced:

The crispy, thin-crust pizza from Vic's in Bradley Beach has won raves over the years.. The old Italian restaurant, which opened in 1946, has a special sauce that's been passed down through the years in this family owned restaurant, which has never changed hands.
Fried chicken and biscuits hardly sounds like a Jersey staple but its a favorite at Asbury Park's Modine. Shrimp and grits, brisket-wrapped scallops and crab fried rice with creole crawfish sauce are some of the Southern delicacies served above the Mason-Dixon line.
The duck confit ravioli is reason enough to venture to Point Pleasant Beach's Poached Pear Bistro. The dark-chocolate mousse crepe cake is a unique treat but that's not surprising considering how inventive the chef is at this under-heralded gem of a bistro.

You can also go raw: Atlantic City has a bunch of great raw bars but for the oyster loving crowd, there are a crazy amount of raw bars to frequent. You can't help but be drawn into the Bonney Read. The raw bar is visible from the street and those window shopping can't help but be tempted. The wild clams from Sandy Hook Bay are succulent. The oysters and clams are a steal during happy hour at Avenue in Long Branch. A great place to swill beers and down oysters is the Triton Craft Beer & Oyster Bar in Beach Haven.

There are a number of very comfortable hotels. The elegant Asbury Ocean Club, which opened last month, is a 5-star destination. The views are stunning. The 54-room boutique hotel is swank but pricey. Rooms start at about $425 a night with penthouses going for $1,100 for the evening.
The Daddy O Hotel in Long Beach Island offers comfortable rooms at a reasonable rate (starting at about $219). The hotel, which is open year-round, has a rooftop bar and a vibrant restaurant (go with the blackened shrimp tacos). Aside from a trip to the beach, you could easily just stay and relax at the hotel.
Long Branch's Ocean Place Resort & Spa is luxe. Majestic views and large, comfortable rooms start at $399 for the summer. Not many hotels in Central Jersey have a spa on the level of the Ocean Place.

Yes, everyone knows about the House That Springsteen Built aka The Stone Pony. The iconic venue is cool but the under the radar gem in Asbury Park is the Saint, which is about to celebrate its 25th anniversary. Indie rockers Surfer Blood is slated for August 23 and Augie Meyers, who founded the Sir Douglas Quintet with Doug Sahm, will perform September 18.

The Brighton Bar in Long Branch is a cool punk venue. The Asbury Lanes, which was remodeled and christened by Springsteen last year, is a polished bowling alley/concert venue.

The Best Jersey Shore Beach Town You Never Heard of:

The residents of Spring Lake keep it stealth and who can blame them? It's quiet and comfortable on a beach that never seems crowded.The gorgeous city with a pristine wide beaches and a two-mile boardwalk features a number of fine restaurants, such as the Larimar and Whispers (aptly named for a town on the down-low). There are a couple of boutiques but Spring Lake beckons visitors to just relax.

The Beach Towns Never Shutter: With the exception of Atlantic City and to an extent Cape May, much of South Jersey is a ghost town during the offseason. However, Asbury Park, Bradley Beach, Long Branch, Belmar and some other New York flavored beach towns are 24/7/365. Restaurants, gyms and nightspots remain open well after Labor Day.