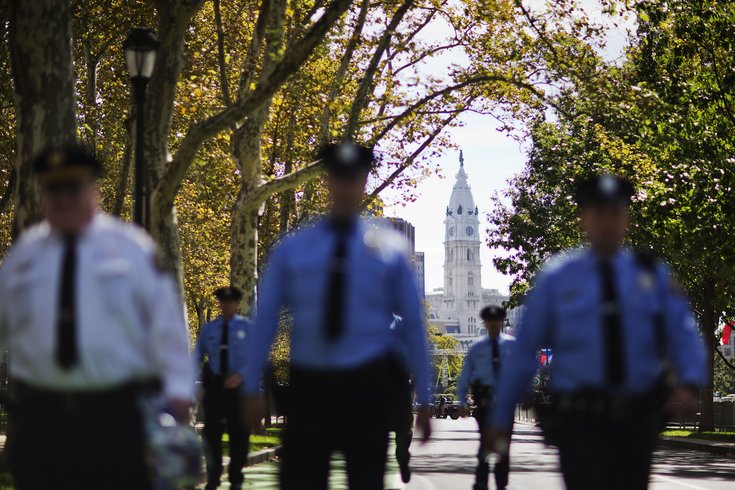 A bill that would have shielded the identities of Pennsylvania law enforcement officers from the public during investigations into police-involved shootings was vetoed Monday.

Gov. Tom Wolf rejected House Bill 1538, which passed with overwhelming support in both Republican-controlled chambers of the state legislature.

The bill revised the protocol for state law enforcement agencies on when to disclose the names of officers who fired their service weapons or used any type of force that resulted in death or serious bodily harm.

Wolf referred to the legislation as an "anti-transparency bill," stressing the need for "trust and openness [to] exist between citizens and their government.

“These situations in particular – when law enforcement uses deadly force – demand utmost transparency, otherwise a harmful mistrust will grow between police officers and the communities they protect and serve," Wolf said. "Further, I cannot allow local police department policies to be superseded and transparency to be criminalized, as local departments are best equipped to decide what information is appropriate to release to the public.”

The bill would have prohibited law enforcement agencies from identifying such officers until an investigation into the incident was completed, or until 30 days had passed.

Rep. Martina White, a Republican from Northeast Philadelphia, authored the bill that was endorsed by both the state and local Fraternal Order of Police.

“I wish the governor had recognized the importance of protecting police officers and their families,” White said. “In these politically charged times, an officer’s identity should be withheld for at least 30 days in order to allow facts to come to light as to whether the officer should be charged with an offense or cleared, and any threats against the officers or their families have dissipated.”

The Philadelphia Police Department's policy, which was implemented in 2015 by then-Commissioner Charles Ramsey, states that any officer who discharges a firearm in a police-involved shooting must be identified within 72 hours.

Two weeks ago, District Attorney Seth Williams announced a plan for additional transparency in such cases.

“We support the governor’s decision to veto this legislation. It is not Harrisburg’s role to run Philadelphia’s police department," they said in a joint statement. "The city’s policy of releasing names within 72 hours unless the officer or their family are in danger was adapted to improve community relations in accordance with a directive from the White House. There is no evidenced-based reason to go backwards.”

White vowed to re-introduce the bill in the next legislative body. She was successful in her re-election bid this month.