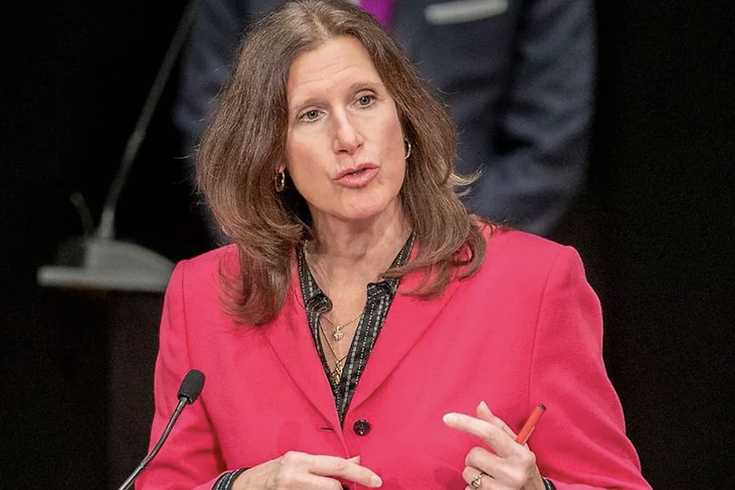 Former U.S. Congresswoman Melissa Hart stands out among the field of Republican candidates for Pennsylvania governor. She's the only woman and the only candidate from western Pennsylvania on Tuesday's primary ballot.

A latecomer to the race, Hart, 60, bills herself as a common-sense conservative seeking to implement reforms that promote economic growth and root out ineffective and inefficient government services.

"I believe I bring a perspective that is more directly oriented towards what government should do for people, and I won't be burdened with the things that people who are currently serving are," Hart, who is an attorney, said when she announced her candidacy in December.

Hart's legal career began in the area of real estate law and has expanded to include working with small businesses to support job creation and lending opportunities. She served as a state senator from 1991-2001. In 2000, she was elected to Congress, winning a seat that had been held by Democrats since the early 1980s. She held the seat until 2007.

In the run-up to the primary election, Hart has tried to distinguish herself as a candidate who hasn't gotten swept up in brash rhetoric that won't translate to good governance.

"People saying I’m gonna be the CEO of Pennsylvania or I'm gonna hold the legislature accountable," Hart told CBS2 in April. "You have to respect the legislature if you're the governor or you're not gonna get anything done otherwise. You're supposed to be a team working for the people of Pennsylvania to get things done. I've proven I can do that and build coalitions across party lines."

The main planks of Hart's platform for governor include cutting taxes, easing business regulations and focusing on growth-oriented tools to harness the state's clean energy capacity. She wants to eliminate Pennsylvania's gas tax and withdraw the state from the Regional Gas Initiative, which compels power plants to pay for each ton of carbon dioxide they emit.

In education, Hart has advocated for fewer state curriculum mandates, more school choice and better funding mechanisms that can relieve Pennsylvania residents from the burden of rising property taxes.

Hart also has described herself as "unequivocally pro-life" and reiterated that she would work to safeguard gun rights.

On the issue of the election integrity, Hart has shied away from repeating false claims of fraud during the 2020 election, a frequent talking point among the party's frontrunners for governor — Doug Mastriano, Lou Barletta and Bill McSwain. Hart has said the issue isn't relevant to why she's running for governor and instead has promoted restoring public confidence in elections, increasing transparency and ensuring high ethical standards in government.

Hart has trailed by wide margins in polls behind Mastriano, Barletta, McSwain and Dave White.