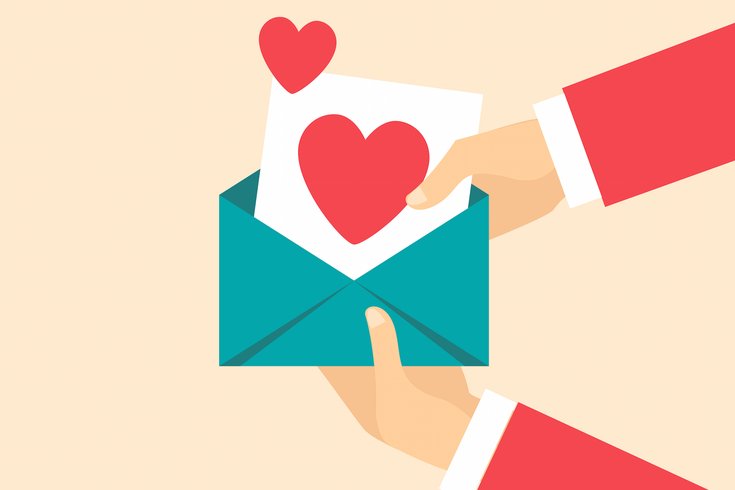 Read More
This Valentine's Day, the 55 percent of Americans who will celebrate will spend approximately $18.9 billion on gifts for their loved ones, according to a survey by the National Retail Federation. In addition to the chocolates, flowers and jewelry many will buy, 51 percent of Valentines will spend an average of $15.32 on greeting cards, for a national total of about $1 billion.

In fact, according to the Greeting Card Association, an industry trade group, Valentine's Day is the second-most popular holiday for giving greeting cards, moving 145 million units per year, not including classroom valentines. Though the number of people buying cards is down over 10 percent since 2007 and industry giants like Hallmark have been forced to downsize, it seems the tradition of paper greetings is alive and well.

But in the age of the Internet, when you can text "I love you" in a nanosecond and sites like Paperless Post have sent over 85 million e-cards, why are paper greeting cards still so popular?

The simple answer is that the cards themselves have become a special occasion, not just an obligatory gift add-on.

Cindy McDonnell, owner of Paper On Pine, the stationery, invitation and gift store in Midtown Village, said, "People love to get something in the mail, something they can hold and something that’s pretty. ... An email is great, but you get a ton of emails a day, and there’s nothing really special about it."

In other words, it seems the ease of digital communication has actually fostered appreciation of the sheer effort to send a paper card over an online greeting.

"It shows that someone took the time to go somewhere, purchase a card, seek out a card that reflects the person they’re sending it to," McDonnell said.

Since greeting cards have become part of the gift itself, unique designs that feel more like keepsakes than disposable notes are all the rage when it comes to occasions like Valentine's Day. McDonnell cites trends like foil stamping, letterpress relief printing and typographic flourishes for making cards feel special and important to customers.

"You could have a really pretty card that says 'Thank you' on the front in beautiful script and nothing else - that’s really a lot of what sets cards and invitations apart," McDonnell said.

And boy, are we willing to pay for those beautiful designs. Though Paper On Pine's own line of designs falls in the affordable $5-$6 range, it isn't uncommon to find cards in the $10 or even $20 range at successful chain stores like Kate's Paperie and Papyrus. In the past five years, the average amount a Valentine's Day celebrant planned to spend on greeting cards went up nearly $5.

Even big greeting card companies, known for their range of quality and prices, are not immune to consumer cravings for more artful greetings.

Hallmark spokesperson Kristi Ernsting told PhillyVoice.com, "One of our newest card lines is called Studio INK, and it was developed to provide a unique, artist-centered, millennial point of view."

Studio INK features quirky illustrations and is described as "geared towards those who are looking for an authentic and unexpected way to connect with the people who matter most."

Though they're paying attention to the current buyer's desires, many still associate companies like Hallmark with traditional thinking and generic greetings. To McDonnell, that means companies like hers are poised to outlast their Goliath rivals.

"People love smaller card companies because I think the designs are more unique and they’re not as traditional with their wording," she said.

The idea that "print is dead" may continue to rear its ugly head, but consumers are saying otherwise with their Valentine's Day correspondence. Today, customers want the greeting cards they send to hang on their loved one's fridge or inspiration board, not stuffed in a shoebox never to be seen again.