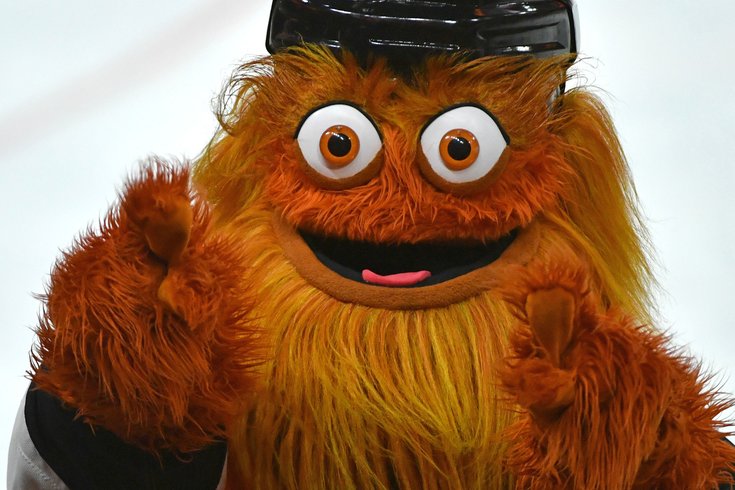 On Thursday, the Philadelphia Flyers announced that the "Gritty 5K" will take place a few days after the team's home opener.

The race, which will be held on Sunday, October 13, will take runners from the Wells Fargo Center through the Navy Yard en route to the finish line outside of Xfinity LIVE!, where there will be a post-race party.

RELATED: Flyers training camp to be featured on NHL Network's "Behind the Glass"

Gritty will lead the pack at the starting line. True to his famed je ne se quoi, Gritty is very confident he'll win.

"I’ll do whatever it takes. I’ll spin signs around so people run the wrong way. You don’t follow the rules when it's your event. You just soak in the glory when crossing through those flaming gates of victory," he's quoted as saying in the official press release.

The mascot also shared a personal statement, "from the desk of Gritty," via Twitter.

"Remember, if the fur ain't flyin' you ain't tryin" is decent advice.

Runners are encouraged to don their best Gritty-inspired gear, as the best-dressed will be awarded prizes in categories such as "Best in Fur." (You may want to take a look at our article on how to make your own Gritty costume to give yourself a better chance to win.)

Funds raised will benefit Flyers Charities which helps support a multitude of nonprofits across the Greater Philadelphia region.

After facing the Chicago Blackhawks on October 4 in Prague, Czech Republic, the Flyers will return stateside for their Wednesday, October 9 home opener against the New Jersey Devils.