The July 23 event at the Jersey Shore features Philly flair with a 'Mummers: Struttin' on the Bay' theme 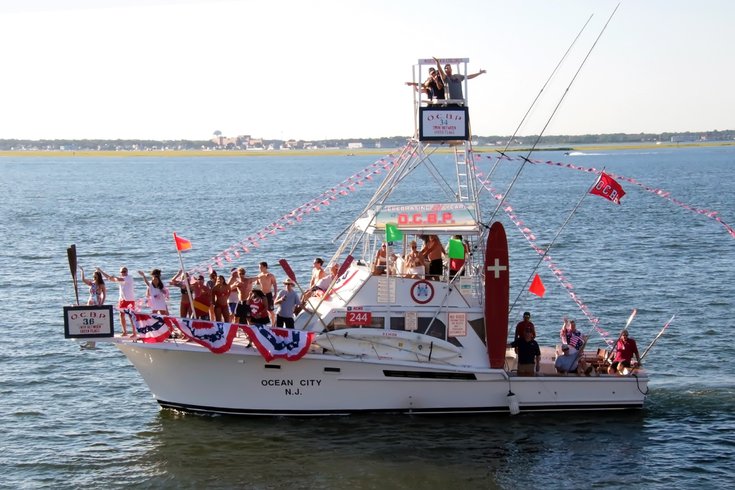 Ocean City's Night in Venice returns to the Jersey Shore town for the 67th time on Saturday, July 23, starting at 6 p.m.

This year's event features tons of Philly flair, from an optional "Mummers: Struttin' on the Bay" theme to retired Villanova coach Jay Wright and his wife, Patty, acting as the boat parade's grand marshals.

The boat parade begins near the Ocean City/Longport toll bridge and travels to Tennessee Avenue along the bayside, looping in and out of lagoons along the route.

Spectators interested in watching the event can sit in grandstands set up at street ends along the bay from Battersea Road to 16th Street, as well as at Tennessee Avenue. The grandstands are free and available on a first-come, first-served basis.

Attendees are also welcome to bring their own seating, and can access the parade route from any public street end, or from the bayside park at Second Street. Another good vantage point for spectators is the Ninth Street Bridge, although chairs cannot be set up there.

There is also an already sold-out special viewing area at the Bayside Center, which includes a picnic area, food for purchase, and live entertainment.

Free parking can be found at the Ocean City Municipal Airport, the soccer field at Tennessee Avenue, and the Ocean City Community Center. A free shuttle service starting at 4 p.m. will take attendees from the parking lots to spectator areas and back.

Anyone can participate by decorating their boat or their house, if it's situated along the bay-front parade route. Participants can register their boat or house online. Judges will select winners, and announce the prizes on Sunday, July 24.

This year's optional theme, "Mummers: Struttin' on the Bay," pays homage to the colorful costumes and talented string bands that fill the streets during Philadelphia's annual New Year's Day parade.

The boat parade first started in 1954 as a way to commemorate Ocean City's 75th anniversary. Last year's parade theme was "Honoring Our Heroes," following a hiatus in 2020 due to the COVID-19 pandemic.

Fireworks will take to the skies after the parade at approximately 9 p.m., launched from a barge in the bay north of the Ninth Street Bridge.

Also happening during the Night in Venice Weekend is the Motown With a Twist concert at Ocean City Music Pier on Friday, July 22, featuring "Dancing With the Stars" cast members, as well as finalists from "American Idol," "The Voice," and "America's Got Talent."

To finish out the weekend, on Sunday, July 24, the Ocean City Pops will give a concert at the Ocean City Music Pier featuring "America's Got Talent" runner-up Jackie Evancho.

Tickets for the two concerts can be purchased online.