Wildwood, Cape May, and Ocean City are hosting adorable processions in July and August 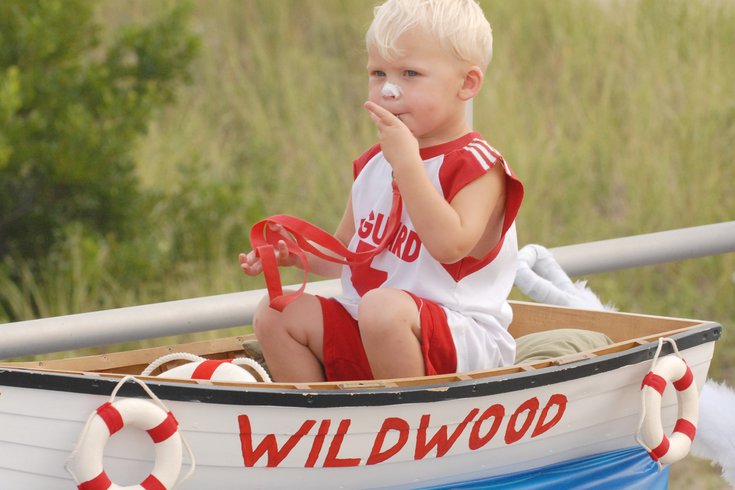 Not one, not two, but three cute Baby Parades are happening down at the Jersey Shore in the coming weeks.

Wildwoods – On Tuesday, July 26, starting at 9:30 a.m., the Wildwoods Baby Waddle Contest is being held, giving babies and toddlers the chance to show off their best walking or crawling the day before the Baby Parade. The waddling contest takes place on the grassy circle in front of the Wildwoods Convention Center. The winning waddler and crawler (Yes, there are two separate categories!) each receive prize packages from Morey's Pier. Registration is free and begins at 9 a.m. the morning of the contest. The first 40 registrants receive their own beach bucket full of goodies.

The main event, the 112th Wildwoods Baby Parade, starts at 6 p.m. on Wednesday, July 27. It starts at the Wildwoods Convention Center and travels 10 blocks north on the boardwalk to Cedar Avenue. Registration can be completed before the parade from 4:30 to 5:15 p.m. in the Convention Center lobby, but pre-registration is recommended and can be completed online. Participation in the parade is free and open to children under 12, and there are multiple categories including Best Dressed, Best Themed Group and Best Float. Winners will be awarded at the Cedar Avenue boardwalk extension across from Morey's Mariners Landing Amusement Pier immediately following the parade.

Cape May – The 89th Annual Baby Parade in Cape May takes place on Friday, July 29, beginning at 11 a.m. at Congress Street and Beach Avenue. The parade will proceed to Cape May Convention Hall where the awards ceremony takes place. Trophies are awarded for Beach Baby, Decorated Baby Carriage, Walking in Fancy Dress, Walking in Superhero Outfit, Decorated on Wheels and Best Overall. Registration is free for participants 12 and younger, and begins at Congress Street and Beach Avenue at 10 a.m. Pre-registration is accepted until Thursday, July 28, and can be completed in person at the Convention Center, by calling the Office of Civic Affairs or emailing krattigan@capemaycity.com.

Ocean City – Later this summer, on Thursday, August 11 at 10:30 a.m., the 112th Annual Ocean City Baby Parade takes place, traveling from 6th Street to 12th Street on the boardwalk. Cars, special guests, floats and musical acts will continue on to 14th Street. Participation trophies are given to each entrant, with specialty and overall awards being announced after the parade. Registration can be completed online, for $5 per child, and check-in begins the morning of the parade at 9:30 a.m. Divisions for children 10 and younger include Fancy, Comic and Small Children's Floats. There's a separate division for floats, cars, walking groups and bands.

Whether you're entering one of these events or simply spectating, you're sure to leave with a smile on your face!