Handing out 10 awards from the Eagles-Dolphins game 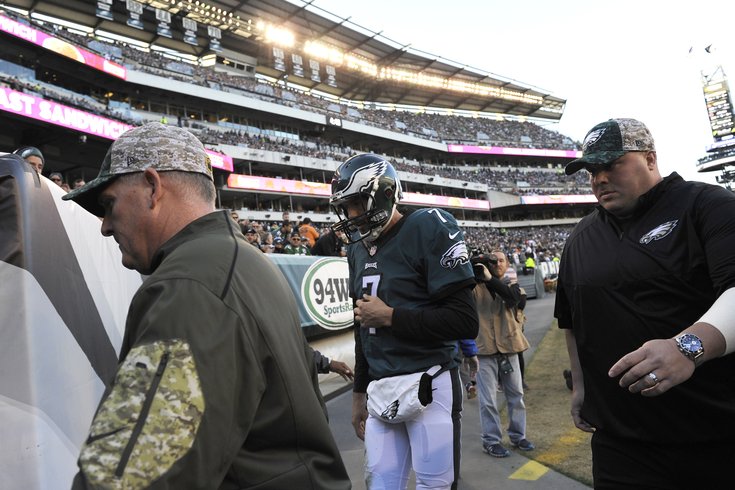 Well that didn't go as planned. The Philadelphia Eagles jumped out to a 16-3 lead over the Miami Dolphins, and then it all went downhill from there. Sam Bradford and Ryan Mathews both got hurt, there were some weird bounces, a lot of sloppiness, and in the end, the Eagles lost to an already bad team that was without their best pass rusher, their best cornerback, their starting right tackle, their slot corner, and a starting linebacker. As always, our 10 awards:

The following is "First Down Getting 101."

This is not a criticism of Mark Sanchez, to be clear. The Eagles have thrown short of the sticks on key 3rd/4th and long situations all season long, and they've been extremely unsuccessful picking up first downs by expecting their receivers to get yards after the catch.

3) The 'We Can All Count' Award: Caleb Sturgis

Is Sturgis a good kicker? If he were, he wouldn't have been available. Would his field goal have helped the Eagles win? Uhhhh... Duh. Of course, it would have.

Still, the Eagles didn't lose this game because Sturgis missed a field goal. They lost because they played an incredibly sloppy game, and frankly, just aren't very good.

The Eagles had a punt blocked, Jon Dorenbos had trouble long snapping all game long, the Eagles gave up a long kick return, Sturgis missed a FG (as noted above), and for the first time all season, an opponent kicked to Darren Sproles all game but the Eagles couldn't make anything happen on those returns.

The Eagles' special teams were easily the best in the NFL a year ago. Sunday they played a huge role in the loss.

For the second time this season, Zach Ertz had a TD called back because the Eagles weren't lined up properly pre-snap. On this occasion, Riley Cooper was called for an illegal shift.

"It was completely my fault," said Riley Cooper.

Candor is great and all, but Cooper hasn't caught a pass since October 19th. And yet, he's still better than Miles Austin.

6) The 'Miles Austin is terrible' Award: Nobody

I'm not even giving the "Miles Austin is terrible" award to Miles Austin. It's just going to go unclaimed, much like the passes that were thrown to him against the Dolphins.

But seriously though, Miles. You're a receiver. A very important part of your job is to look, just in case the quarterback might throw it your way. On Mark Sanchez's interception in the end zone, Austin seemed to have no idea the ball might come his way. On the 2nd and 10 incompletion, Austin was running WIDE OPEN on a shallow cross when a ball sailed right by him unbeknownst to him. Miles Austin's awareness rating in Madden is "I like turtles." 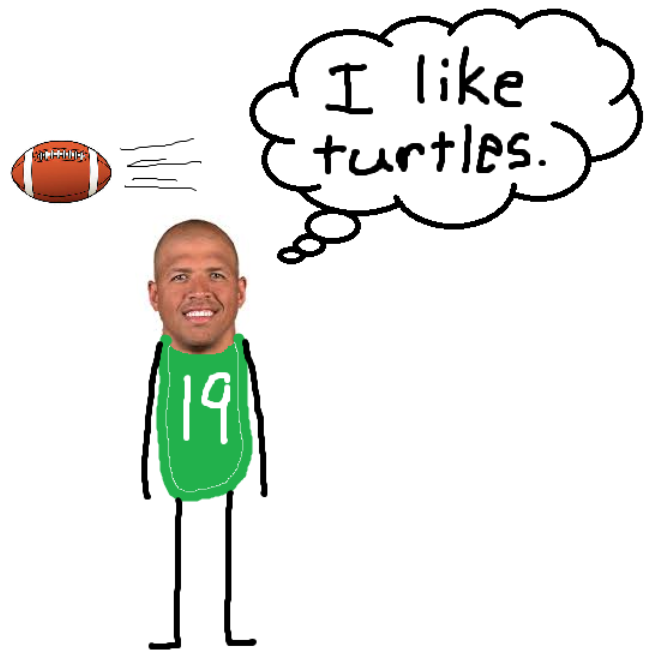 "The Cowboys are 2-7, and I was just trying to keep my old team within striking distance," said Austin after the game. Just kidding. Austin was nowhere to be found after the game.

7) The 'Where'd the blocking go?' Award: The Eagles OL

The Dolphins were unexpectedly without their best CB Brent Grimes, and they lost slot CB Brice McCain during the game. Oh, and they were without their best pass rusher, Cameron Wake. If there was ever a game where it would make sense to get away from the run and make an opposing defense's reserves pay, this was it.

8) The 'Stat Champs' Award: The Eagles

The Eagles out-gained the Dolphins 436-289. That would be a difference of 147 yards. Bad teams find ways to lose those games.

This was the moment I knew the Eagles were not going to win this game: