Hedgerow Theatre is 'On the Verge' 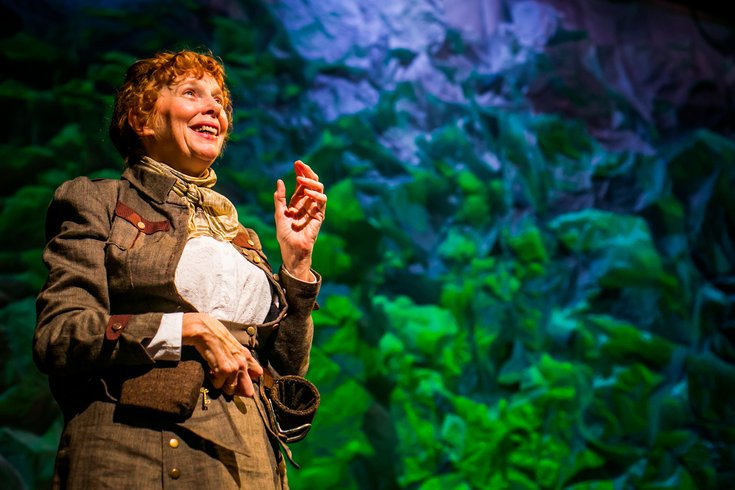 Penelope Reed stars in "On the Verge," at Hedgerow through Feb. 8.

What happens when three Victorian women set out to travel the globe and end up traveling through time? Well, things get a little weird, naturally, but the ladies end up finding themselves along the way. That's what "On the Verge" sets out to explore in the latest production at Hedgerow Theatre in Rose Valley running now through Feb. 8.

Philadelphia theater vet Kittson O'Neill is directing the Eric Overmyer comedy, which follows these three women as they jump from 1888 to the future. O'Neill gushed over the magical play, her Hedgerow directorial debut.

"It’s such a joyful play that embraces the theatrical in its writing and conception," she said in a statement.

"When we first began rehearsals, I had had a tough year, and events in the world made it seem like an angrier and more hostile place with a future that doesn’t seem so bright. Then I was surrounded by this wonderful play that changed my outlook and gives me hope," she said.

Like O'Neill, the world probably needs a bit of cheering up after the bleak year that was 2014.

Something else the world may need a bit of is more female characters like Overmyer's.

"Overmyer has written them as complete, complex people, and it’s a treat to see women portrayed so well," O'Neill said.

O'Neill is artistic associate for Philly's Interact Theatre Company and has participated in productions at Lantern Theater Company, Ambler's Act II Playhouse and the New Jersey Repertory Company, among other local venues.