Here's when you can visit the Museum of the American Revolution

Coming during the anniversary of the 'shot heard 'round the world' 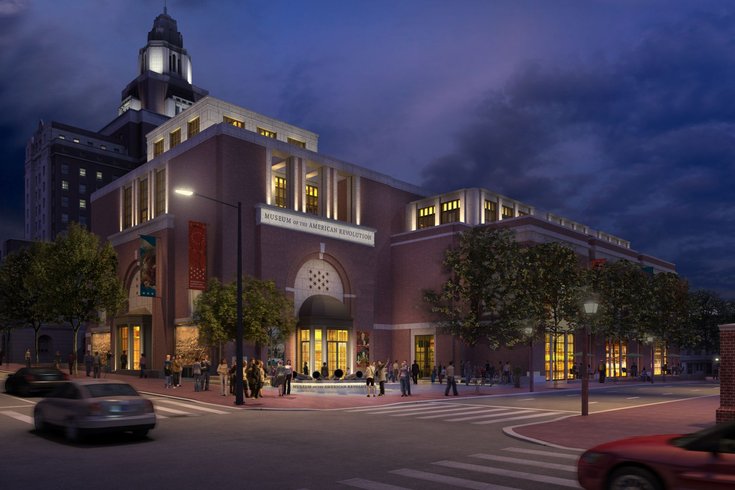 A rendering of the exterior of the Museum of the American Revolution, located at Third and Chestnut streets.

The much-anticipated Museum of the American Revolution in Old City will open on April 19, 2017, the museum's president and CEO Michael Quinn said at a press conference and hardhat tour Thursday afternoon, June 16. April 19 is the anniversary of the "shot heard 'round the world," fired at North Bridge in Concord, Massachusetts.

The museum is a $150 million project funded by philanthropists across the country. Notably, $50 million of the $141 million raised so far has come from Gerry Lenfest — $10 million of which was announced as a challenge grant at the press conference. 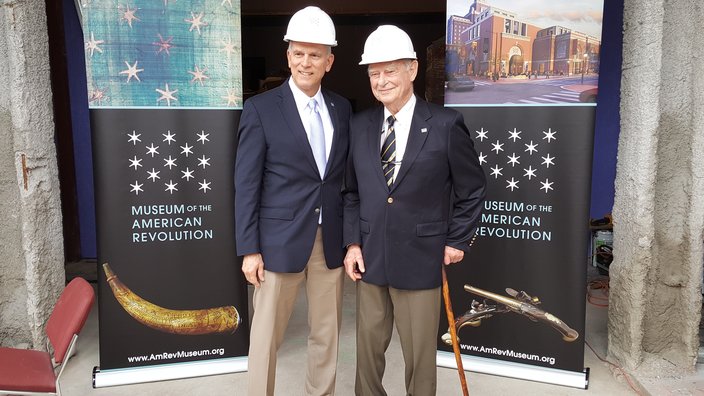 President CEO of the Museum of the American Revolution Michael Quinn, left, with Gerry Lenfest, right, at a press conference on June 16.

The 118,000-square-foot museum first broke ground in Spring 2014 and is expected to wrap up construction by September. The six months following that will be spent installing galleries and exhibitions, including a recreation of the Liberty Tree, a "Battlefield Theater" that will demo the experience of the Continental Army facing the British army and a display of George Washington's Headquarters Tent.

“Washington’s tent is an incredible object; it's a piece of architecture," Dr. Scott Stephenson, vice president of collections, exhibitions and programming for the museum, told PhillyVoice. "We call it the 'other home' of Geroge Washington. Every American should visit Mt. Vernon, of course, but for eight years he didn’t live in that house. For a lot of that time, this was his home. His private space. And so, in a sense, this is Washington's other Mt. Vernon that’s here in Philadelphia. I think that’s a very unique experience that you have to come to the museum to see." 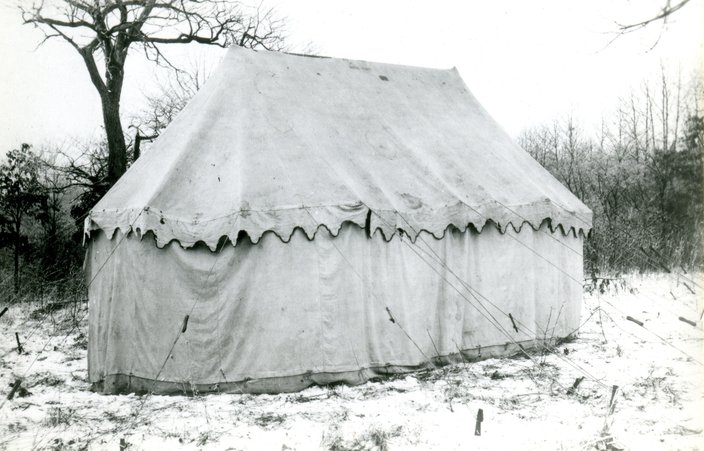 Handout Art/Museum of the American Revolution

You'll also find a British musket from the King's Own Regiment of Foot, a mirror from Continental Army Captian David Brown's house and a powder horn and sword carried by soldiers who accompanied Brown at North Bridge. Many of these objects are part of the museum's collection, while others are on loan from the Concord Museum in Concord, Massachusetts, and museums elsewhere.

The structure, designed by Robert A.M. Stern Architects, features an open-air court that allows for easier navigation as you navigate the three floors. A skylight on the top floor beams into the first-floor entrance, allowing for natural illumination. A staircase, meanwhile, is the focal point of the museum once you turn the corner of the entrance. 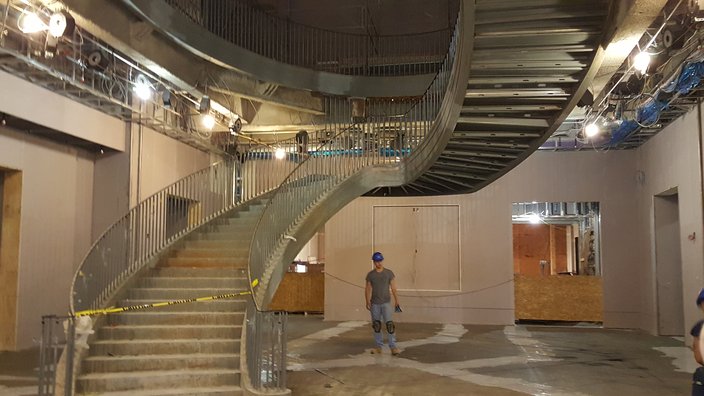 An in-construction staircase on the first floor of the museum, as seen on Thursday, June 16.

Stephenson added that the museum hopes to be a "visitors' center" for the American Revolution — a place that adds context to histories found in Williamsburg, Boston and in museums just down the street.

“One of the big things is the neighborhood that we’re in," he said. "You could build this museum on the moon, referring to all these places, but the context is all around you. A lot of the stories we’re telling are right here. On the steps of the museum, if you walk 25 seconds to the left, that’s the place where 'Common Sense' was published."

Leading up to the opening, the museum hopes to raise another $9 million to meet its ultimate funding goal. Individual tickets will be available for purchase starting in January 2017.