Hickey's favorite Tweets of the Year 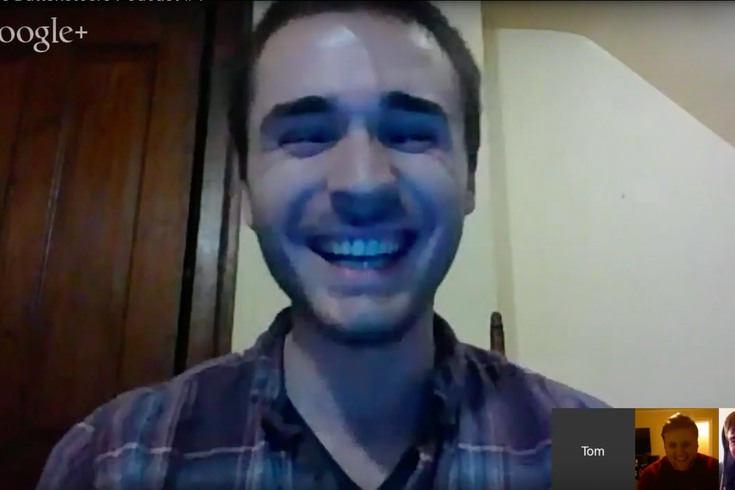 Tom Reynolds, aka TomBroDude from Twitter, was lauded as one of the funniest, kindest people around by friends both before and after his death on September 17, 2016 at the age of 27.

It was my intention to collect dozens of fine examples of social-media use and pick through them to decide which, in fact, were the best in my estimation.

Things did not go as planned. As in, I only remembered to load that file up sporadically during the course of a tumultuous year. Which is to say I likely missed a bunch of great Tweets, so this list cannot accurately be deemed definitive.

I’m sure that, if you're reading this, you have favorites, too. I also suspect you will be more than happy to share them with the world via the comments, Twitter or teletype.

In any event, here are my 15 #2016Faves presented in no particular order.

Some are funny, others sad. They run the gamut of emotions in Philly and beyond, with some requiring a deeper dive into the threads from whence they came for proper context.

I hope you not only enjoy, but share your favorites, too.

Just make sure they're not all pictures of that naked guy who TomBroDude (pictured above) loved to hammer 6ABC with. Also, RIP TomBroDude. No Twitter round-up is complete without a shout out to the late great Tweeter.

To person who defecated in subway stairwell: It's been cleaned up and disinfected. I'm sure you're embarrassed. It's OK. Hope you're better.

My 2nd biggest fear about becoming poor is not being able to afford to get my hair colored. But if it came down to it, I'd go gray for wine.

Spend 1.5 years working on a book, and you go viral because you happened to be in the Apple Store when Philly Jesus gets arrested.

I have never been more ready for anything in my life, @BadgerFootball https://t.co/avubKxkEXW

@DeitchCSN @treblaw @BrianPHickey @Richard_Grieco Richard, one free crime in Philly if you send us a selfie of you toasting a cocktail.

Somewhere a kid is in jail over a dime bag of weed. But no one is behind bars for poisoning an entire city of children. #FlintWaterCrisis

when u hella woke but it still can't overshadow an excellent menu, very good desserts, and great drink selection pic.twitter.com/cll7zkupDb

New Jersey's beaches are so picturesque. Just saw a bird made out of garbage swoop down to pick up a diaper

Well America is tanking!!! All we can do is Trust The Process...

When you ask Santa for a puppy but accidentally write Satan pic.twitter.com/hRZa0zcQjE

The Cubs winning the World Series is better with the Titanic music... pic.twitter.com/JT96KdIFZ0

Mayor Kenney has tweeted “shit” 15 times. 33 percent of those 15 tweets were in reply to @BrianPHickey. https://t.co/fwNstuCo6t https://t.co/Gh78b8t9gQ

just accidentally flicked my cigarette in a baby stroller. im sorry but im not going to jail for this. good luck and god bless

Please canonize @tombrodude as Patron Saint of Tweets. There's been a miracle: I prayed to him and got my suspended account back @Pontifex

Of course, being the writer of this here listicle, I would be remiss not to include a couple of mine as throw-ins, no?

If it pleases the court, I need to adjust my do-rag, brother. pic.twitter.com/mDziMWa8fN

Being a trollish snob > using the phrase "everyone was so present" at Diner en Blanc pic.twitter.com/NhXZ1Wn3NM

Good news. I'll still be hungover from the Cubs parade when Trump wins the presidency. pic.twitter.com/hJYvb9EnOY