By Michael Tanenbaum and Andrew Parent 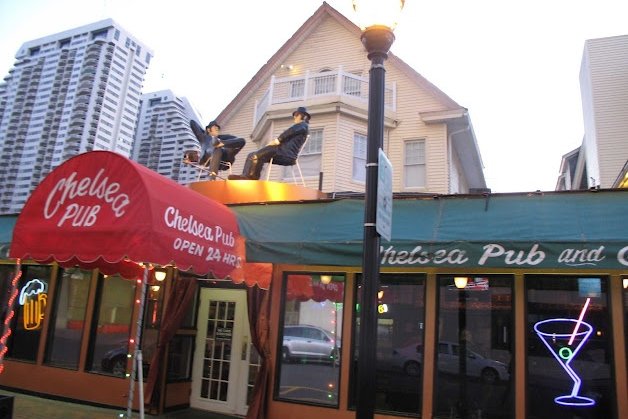 After 159 years of serving Atlantic City in one way or another, the Chelsea Pub & Inn closed this week without warning.

Atlantic City's historic Chelsea Pub & Inn is not completely shut down, contrary to media reports issued last Thursday amid some confusion on the part of staff and since-deleted Facebook post.

The iconic building, located less than a block from the boardwalk, reportedly its doors for good after serving the city for more than 150 years, according to a report from The Press of Atlantic City.

“Alas, all good things must come to an end,” the pub said on Facebook, via the Press of Atlantic City. “The Pub will no longer be open for all the laughs, good times and shenanigans. It has been one hell of a ride, and we hope everyone has enjoyed their time here. Thanks for the memories we will miss and love you all.”

Michael Powell, a spokesman for The Chelsea Pub & Inn, said Sunday that only the pub has been closed. The hotel and a separate food service remain operational.

"The property is in the process of changing hands," Powell said. "Whenever there's a property transaction involving a liquor license, everything has to start over. it's a strict business. The government gets involved and they should be."

Powell said the hotel lost about 20 bookings as a result of reports that the whole Victorian-style building, first opened in 1880, had shut down.

Several guests stayed at the hotel and enjoyed a breakfast Sunday morning, Powell explained. The bar will remain closed for the time being amid negotiations with the new ownership, though it remains unclear exactly what happened to cause the pub's sudden closure.

A sign posted on the hotel's door Thursday morning reportedly suggested the building was simply closed for cleaning. Hours later, an employee told The Press of Atlantic City that staff had been informed they lost their jobs.

Bartending classes at the building will reportedly continue as scheduled.

Powell emphasized that the hotel, billed as an alternative to tourist traps, is still accepting reservations. There was no immediate timetable for the reopening of the pub under new ownership.