In historically integrated community, neighbors gear up for 'Movies with a Message' series

Mt. Airy is notable as one of the first intentionally-integrated communities in the United States 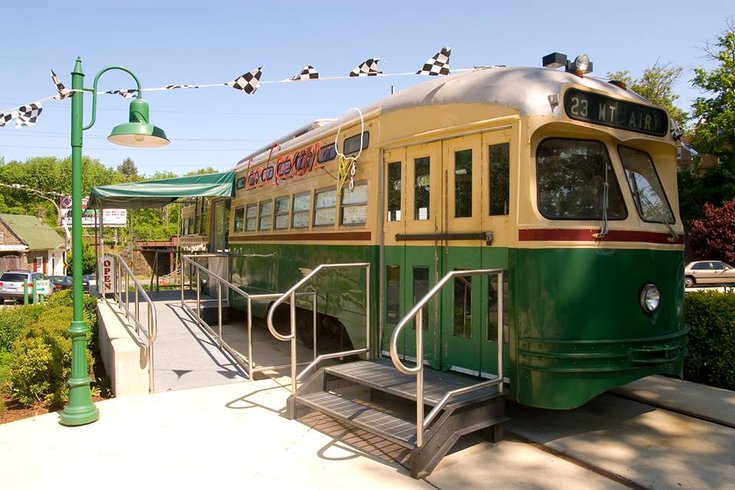 The Trolley Car Diner's ice cream shop in Mt. Airy is located in an old SEPTA trolley car. The restaurant is next door.

This year, though, the movie series comes with a more timely theme for the community: “Movies with a Message.”

For Weinstein, who first moved to Philadelphia from Central Jersey in the 1980s to campaign for then-Congressman Joe Hoeffel, the theme is less to make a statement and more to encourage and remember openness, integration, and tolerance.

“We have informally had other themes in the past,” Weinstein said, “but this year, considering the political climate, we decided to do this.”

Mt. Airy has made a name for itself throughout history, most notably for becoming one of the very first intentionally-integrated communities in the United States during the 1950s and 60s. Those roots have seeped into the modern day, and Weinstein feels that movies selected for the summer “reflect who lives in Mt. Airy.”

Weinstein said that, in the 25 years he has lived in Mt. Airy, the community’s diversity has been one of his favorite things about the neighborhood (along with its proximity to Fairmount Park).

“Diversity is something that we take a lot of pride in around here,” he said. “But it’s something you have to constantly work at.”

“I think there’s been a lot of discussions about intolerance, about racism, about bigotry, and we thought it would be good timing to have movies that would address those things,” he said. “Our staff and our customers are very diverse and add a lot to the atmosphere and to the diner, so it’s even more of a reason to show movies that promote that philosophy.”

Picks for movie nights are still geared toward family-friendly films, heavy on Pixar and animated movies like Zootopia and Finding Dory, but also including a handful of others, including Hidden Figures on July 1.

“I think a highlight movie is going to be Hidden Figures,” Weinstein said. “Maybe because it was so good, maybe because it’s the newest film in our series, but people seem to be gravitating toward that movie.”

Movies at the playground usually bring about 300 viewers; diner movies bring about 100. Movie selections are based on community votes, and the official schedule was released a few weeks ago.

“Events like this bring fun and vibrancy to a neighborhood,” said Elizabeth Moselle, a former staffer of Commercial Corridor Revitalization at Mt. Airy USA, said in a statement. Mt. Airy USA is a co-sponsor of the series. “By getting neighbors out of their homes and coming together in our public spaces, we create an opportunity for people to interact and make connections with each other. We hope to create an atmosphere that deepens and solidifies the strong sense of community we have here in Mt. Airy.”

Weinstein said feedback on the movie theme has been positive.