After Rachel Hall was struck on her bike by a hit-and-run driver, her brother got to work

By Brian Hickey
PhillyVoice Staff
Hit And Run Inventions
from 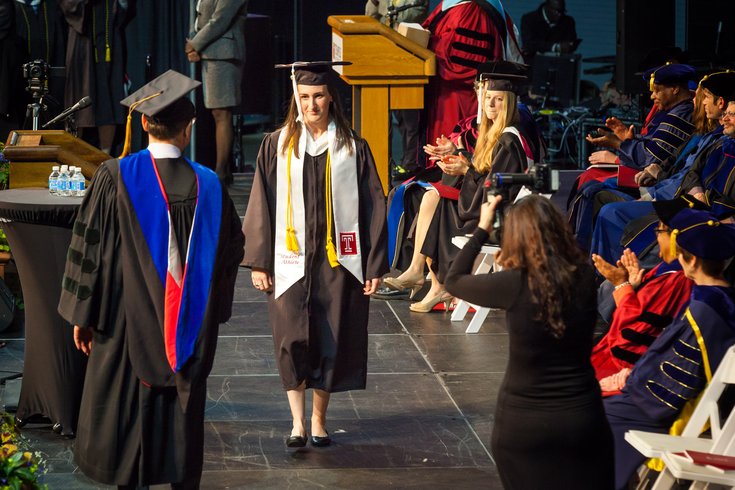 Rachel Hall walks across the stage of the Liacouras Center during the commencement ceremony for the College of Liberal Arts at Temple University, onThursday, May 5, 2016.

Rachel Hall was given a 20 percent chance to live after she was struck by a car while riding her bicycle near the Temple University campus in April 2015, a month before graduation.

The 18-year-old driver – who fled the scene – turned himself in when an arrest warrant was issued several days later. He would later plead guilty and receive a sentence to 11-to-23 months behind bars.

Hall, then 22, would defy those odds. In the weeks after Rachel was hit, her mother Kathy accepted her diploma from Temple on her behalf. She had to do so because Rachel was still hospitalized with grave injuries.

A year later, though, Rachel would don a cap and gown herself at an emotional commencement ceremony at the Liacouras Center.

In the time since, the Mullica Hill, Gloucester County, woman has continued her arduous recovery from traumatic brain injury, but that’s not the whole story.

Her brother David would go on to start a company to develop a better bicycle helmet. While Rachel was not wearing one when she was struck, the idea was to engineer a helmet that would better protect bicyclists involved in similar accidents. Just this week, the helmet was released for pre-orders.

The company is called Park & Diamond, named after the North Park Avenue and Diamond Street intersection where Rachel nearly died. David co-founded it with Jordan Klein, a fellow mechanical-engineering major at Virginia Tech.

As seen in a promotional video posted on YouTube last week, after a wildly successful IndieGogo crowdfunding effort, the helmet looks like a baseball hat “created by SpaceX engineers." It's easier to store and manage than traditional helmets and, unlike the others, does not crack or bounce when it hits the surface.

Rachel’s journey inspired her brother and Klein to tackle what they see as a bicycling safety issue, one that came clearly into view with one repetitive question that Rachel’s family would hear "tons and tons and tons of times" after people asked how she was doing: was she wearing a helmet?

To hear David tell it, the idea arose after Rachel’s criminal justice professor Joe Alkus became a “guiding influence" on how best to turn around a negative, life-altering experience.

“He told us to take all the energy and try to do something positive with it, whether that was raising awareness of 85,000 people a year suffering a traumatic brain injury from cycling accidents or doing some sort of initiative,” David recalled during a Monday afternoon phone interview from the West Coast, where the duo was meeting with venture capitalists to raise more funds.

“It wasn’t immediate apparent that we would do a bike helmet, but seeing first-hand the consequences of it, and how big of a problem it is, led us to take that first step,” he continued.

“If you want to protect people, you just need to put a helmet on their head.” – David Hall

In researching the importance of helmets, they learned that about 97 percent of fatalities were suffered by riders not wearing one.

“If you want to protect people, you just need to put a helmet on their head,” the 24-year-old said.

An entrepreneurship program at Virginia Tech helped the pair solidify an idea to create a helmet that wasn’t uncomfortable or look like a “mushroom on your head.” Mentorship led to pitch competitions, of which they won seven.

That helped them raise some $200,000 for a product that looks nothing like a traditional bicycle helmet thanks to a “proprietary material” composite that’s thinner than the traditional foam but can still absorb the energy necessary to protect the rider, according to David Hall. 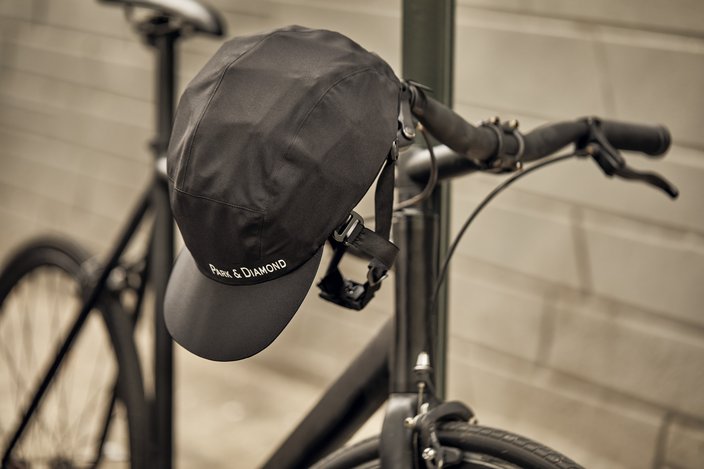 The Park & Diamond bicycle helmet looks like a baseball cap, not a traditional bicycling protective gear.

Last week, they launched an Indiego campaign with an initial goal of $50,000. Within a couple days, they raised more than five times that amount. The number continues to grow.

“What really blows my mind is, already, we have orders for 5,000 helmets, which means we’ll be protecting 5,000 people,” he said, noting the headgear comes with interchangeable “skins” that will allow them to do limited-edition styles. “We’re finalizing the product for the manufacturing stage.

"The next step is full production and (getting helmets to consumers) in January or February though, if the stars align, hopefully sooner.”

“Our mindset is to go big with it," he said. "Would we rather have 100 percent of a little company or 10 percent of a huge company? The bigger company has more helmets out there, so we’d be expanding the product reach.”

What the future holds for Park & Diamond remains to be seen, but what does Rachel have to say to her brother and her near-death experience potentially saving other lives?

“I am very proud of my brother," Rachel said. "Many people have ideas and do not follow through with them. My brother had an idea, developed it, and has brought it to the marketplace. He wants to keep cyclists safe on the road and on college campuses.”

“Every time I see a cyclist on the road not wearing a helmet it makes me cringe," said the siblings' mother, Kathy. "Being hit by a car while not wearing a helmet can be devastating, life threatening, and life altering. After my experience with Rachel and her recovery, a bike injury is something you do not want to happen to you or a loved one. It truly changes the cyclist's life and their family’s lives forever. There’s no going back. Please wear a helmet.”

As for David, he offered a little bit of levity to what's been a story built off the back of near-tragedy for his sister.

“She jokes all the time: ‘Where’s my cut of the action?" David added. "I helped you guys with this. She’s proud that we’ve been able to build upon her story.”