The incident, described as 'a séance type of thing,' happened at a store in Lackawanna County 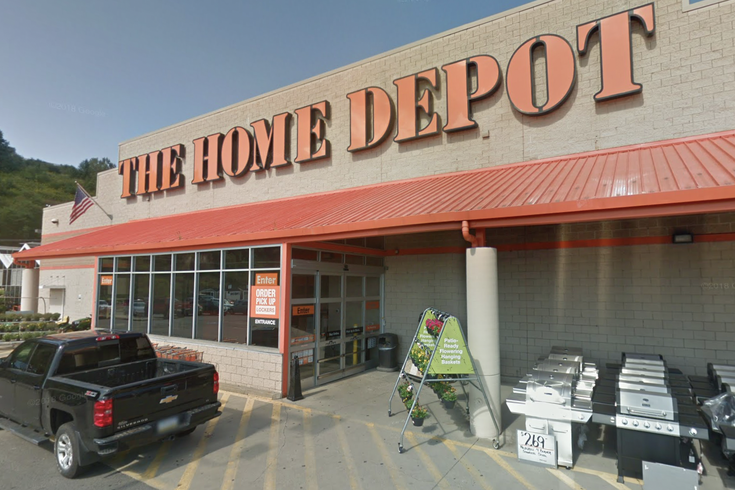 A Home Depot store on Commerce Boulevard in Dickson City, Pa. became the site of an exorcism on June 21, according to police.

Any guess where the lumber aisle of a Home Depot falls?

A police report from Dickson City in Lackawanna County raised eyebrows this week for its bizarre description of an incident that happened Monday.

"3:26pm: Commerce Blvd. @ Home Depot for disorderly people having an exorcism in the lumber isle (sic) for the dead trees," authorities wrote. "They were escorted out of the building."

A call placed to Dickson City police elicited a chuckle from one officer.

"There were two people hanging out in the lumber department doing their little exorcism thing," the officer said. "Some people at the store started picking up that something was happening that was not necessarily normal. Police were called to the store and they were escorted out of the building."

The individuals involved will not be charged, the officer said.

"It was a séance type of thing for the dead," he said.

An employee who answered the phone at Home Depot said the store had no comment on the incident.

The real shame is that in this day and age, when every unwelcome encounter at a business is filmed and shared online, no one seems to have had the good sense to get footage of what happened.

Exorcisms are scary business, whether it's the stuff you see in fictionalized accounts of true stories, like in "The Conjuring" series, or in documentaries that explore demonic possession, such as "The Devil and Father Amorth" on Netflix.

Can trees be possessed, though? Can they be used for spiritual healing and punishment? M. Night Shyamalan explored this a bit in his 2008 eco-slasher "The Happening," but that was pure fiction.

Strange as it sounds, Benjamin Franklin and Antione Lavoiser conducted placebo-controlled medical experiments in 1784 to debunk the healing practices devised by Franz Mesmer. The study was at the behest of Louis XVI, who formed a royal commission to get to the bottom of it, given the sordid history of devil controversies in Europe in prior centuries.

Mesmerism was derived from an effort to demonstrate "animal magnetism" — a natural energy transference between living beings and inanimate objects — that could be summoned and engaged without religion as the bedrock. The study Franklin worked on aimed to determine whether Mesmer had discovered a new physical force, or "fluid," in Mesmer's vocabulary.

One of the patients in the experiments was sensitive to the presence of "mesmerized" trees and passed out when he came into contact with one he had been told was "treated," even though it wasn't. Earlier, the patient had no reaction to a tree that had been secretly mesmerized, according to Mesmer's healing practices. The royal commission concluded Mesmer's "fluid" was bogus, but the experiments didn't seriously examine the question of whether mesmerism could heal people.

There's also The Devil's Tree in New Jersey, where various legends tell of an unholy oak in a large field in Bernards Township. Readers of Weird NJ shared some accounts of their paranormal experiences at the tree. They all sound pretty ridiculous.

We're probably going out on a limb even attempting to explain this behavior. The only lesson to take from it is that you can get practically anything at Home Depot, but the lumber is not there for the benefit of your exorcisms.