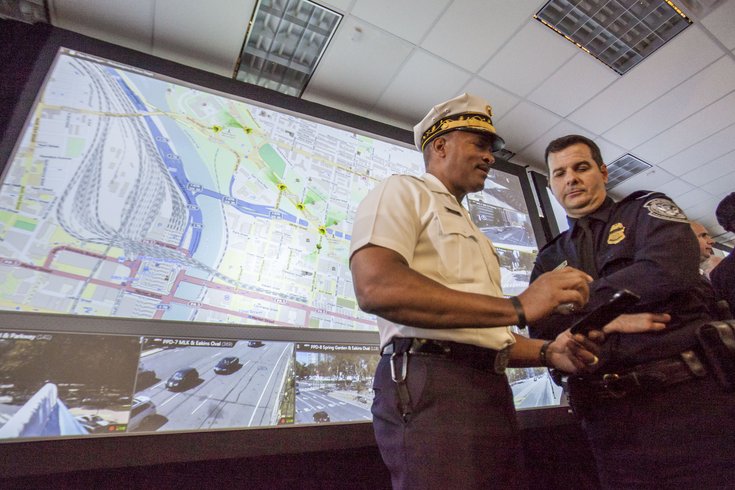 A sea of blue and gray suits -- many covering sidearms -- greeted the Secretary of Homeland Security, Jeh Johnson, and the director of the Secret Sevice, Joseph Clancy,  during a media event at a secret communications center on Friday.

Construction of the facility, meant to coordinate news about traffic, weather and news related to the visit of Pope Francis' visit to Philadelphia on Sept. 26-27 , began in July, according to David Beach, the agent-in-charge of the Secret Service's Philadelphia office.

Work was completed just last week, said Beach, who has been a taciturn presence at weekly briefings held by Mayor Michael Nutter, often answering "no" when asked to comment or simply saying he could not answer.

Information gathered at the center, which journalists had to agree not to closely identify, will then go out to various operational centers scattered throughout the city, added Beach.

The center, which goes live at 9 a.m. next Thursday and operates around the clock until at least 4 p.m. Monday, features a banks of chairs -- filled by 90 people per shift around the clock -- and tables, telephones, five projection screens and two mega-screen TVs.

The communications center, known as the Multi-Agency Communications Center (MACC),  will be used by more than 50 of the more than 70 agencies cooperating in assuring a safe and secure visit for the pope, according to Beach. But it is paid for out of the Secret Service's budget. 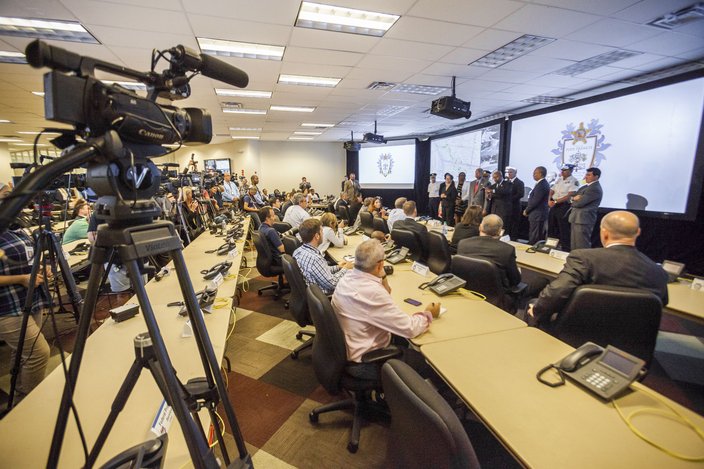 Communications and command center where papal security will be headquartered. (Tom Carroll/PhillyVoice)

A final cost for the center was not available, though there is $4.5 million budgeted for this and similar designated national security events, including the pope's stops in Washington, D.C. and New York.

Johnson said he was proud of the partnership here in Philadelphia, designed to make for a "safe and successful event," while also "keeping the city going."

The secretary reiterated that there is no specific credible threat facing the pope during his visit to the United States.

Clancy, a Villanova University graduate who grew up in the Philadelphia suburbs, said the outdoor setting for many of the pope's activities in Philadelphia created "enormous" challenges that are not worries on the other legs of his trip. 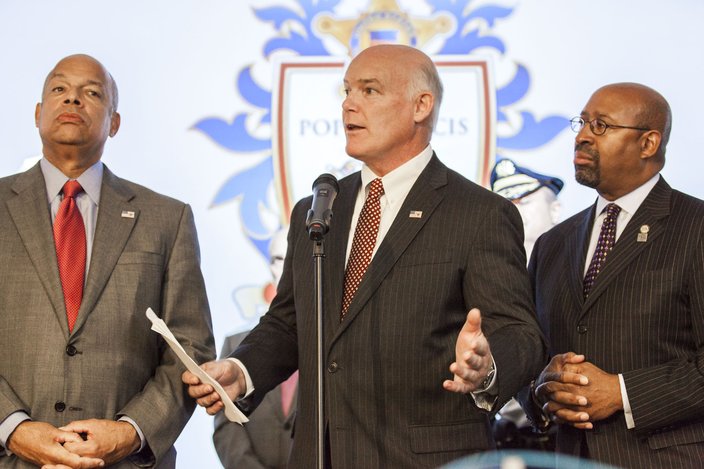 Beach said the extended weather forecast is promising, but added that if there is a threat of thunderstorms, decisions about how to proceed with outdoor events expected to draw more than 1 million will be made on the fly, watching radar and consulting with additional planning partners.