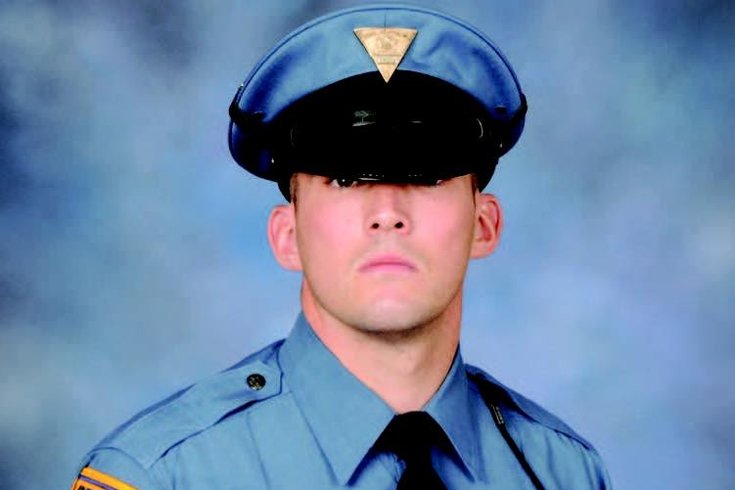 New Jersey State Police Trooper Sean E. Cullen died from injuries he suffered when he was struck by a car along I-295 in March 2016.

"It's Always Sunny in Philadelphia" paid a subtle tribute to a fallen New Jersey trooper in a recent episode – a move that the New Jersey State Police called "well played" in a Facebook post on Friday.

In "A Cricket's Tale," episode nine of the 12th season of the show that aired March 1, there's a photo of Trooper Sean Cullen placed in Paddy's Pub.

Cullen, who was born in Dublin, Ireland and came to the U.S. when he was three years old, died after he was struck by a vehicle on I-295 in West Deptford Township last March while responding to a car fire. He was 31.

State police were a little more than curious to find how the photo ended up in the show. After a bit of investigative work, they found that "It's Always Sunny" contacted Cullen's family to get their permission.

Some family members were cast as extras for the episode, too, according to the New Jersey State Police's Facebook post.

"Well, played 'It's Always Sunny in Philadelphia,'" they said in the post. "Well played."