How a Philly-area raver found his 'PLURmate' 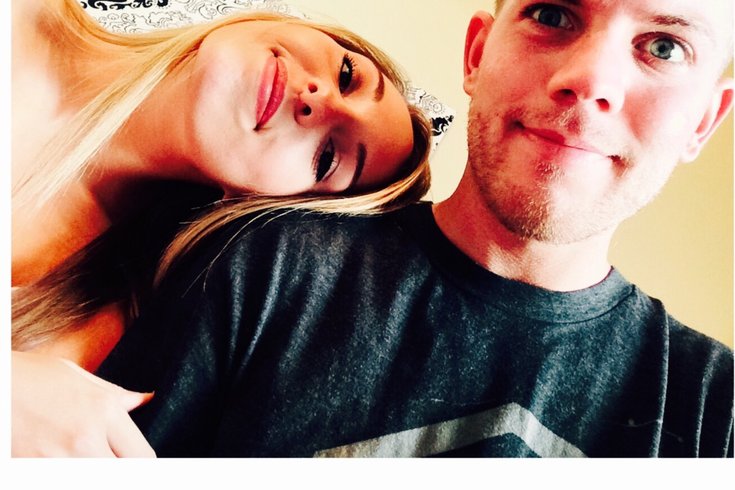 They say love is only a heartbeat away. But in the case of Clifton Heights native Michael Correnti, it was more like an Instagram post and a 1,500-mile plane ride.

Correnti, 28, met his girlfriend, Elizabeth Tucker, through SingleRavers.com, a raver-specific dating site that's not unlike FarmersOnly in its niche-like nature. Correnti says he was intrigued by the site's targeted focus. For him, it wasn't nearly as daunting a task to find a mate through a pool of ravers as it was to sort through hundreds of mystery matches on PlentyofFish or Match.com.
Which is precisely why the service launched in the first place last October.

"Before us, the only way you could meet someone you knew had the exact same interest as you -- EDM or rave music -- was at an EDM festival," Joseph Ioia, co-founder of SingleRavers, told PhillyVoice. "If you go on PlentyofFish, could you find someone? Yes. But you can’t narrow down your search to find someone who listens to hard-style music and shuffles and is going to the EDC festival.”

The big idea is that ravers at festivals are too lost in the music to give an ounce of thought to romance. So, Ioia, along with his girlfriend and co-founder Kelly McCall, post submissions from ravers to Instagram that include a bio and a photo; interested followers of SingleRavers' Instagram account (of which there are 11,200 followers and counting) do the schmoozing from there.

Ioia, who cites Correnti and Tucker as SingleRavers' "biggest success story," says he's received 2,088 requests internationally since launching; 33 of those come from Pennsylvania. In June, timed with the Electric Daisy Carnival in Las Vegas, he plans to offer a free mobile app for download through iOS and Android.

Correnti says his "SingleRaver" submission was a complete whim, but he was beyond delighted when a shy, brown-eyed woman from Del Rio, Texas, direct-messaged him.

"I had actually forgotten about [the post] and didn't respond for two days. I didn’t intend to meet anyone from SingleRavers," he laughs. "Which, I think, is why we did meet – I didn’t plan on it."

The two have been together for six months; soon, Correnti says, he hopes to relocate to Texas to live with Tucker full time and -- someday -- make her a PLUR bride.

"Because of [SingleRavers], I found what I truly believe is the love of my life and my ‘PLURmate,'" he adds.

By "PLUR," he's referring to the rave-scene value system of "Peace, Love, Unity and Respect." Both identify as living an EDM lifestyle and say they bonded over their mutual love of music. The first activity they engaged in when he flew to Texas to meet her on Nov. 20 was a windows-down jam session to EDM while trekking it to Tucker's hometown. After 15 minutes of ice-breaking EDM coquetry, any lingering butterflies were gone.

Music brought them together as much as the site did.

"If I wasn’t part of the scene, I would never have met her," Correnti says. "If I was never associated with EDM, and I didn’t live this lifestyle, then ... for me, the music is part of a culture and something I’m a part of for life, and if I didn’t like EDM music and go to festivals and shows, there’s no way I’d have gone on Instagram to see SingleRavers, and, therefore, I would never have gotten the opportunity to meet Elizabeth."

Which, he says cutely, "makes him sad."

His advice for lonely ravers?

"Love isn’t always going to be 10 to 20 minutes away, so if you’re having difficulties finding people to get along with, maybe it’s time to think outside the box," Correnti says. "You never know what's out there until you look for it."