Is Hurricane Florence headed for the northeast? What to know about the storm 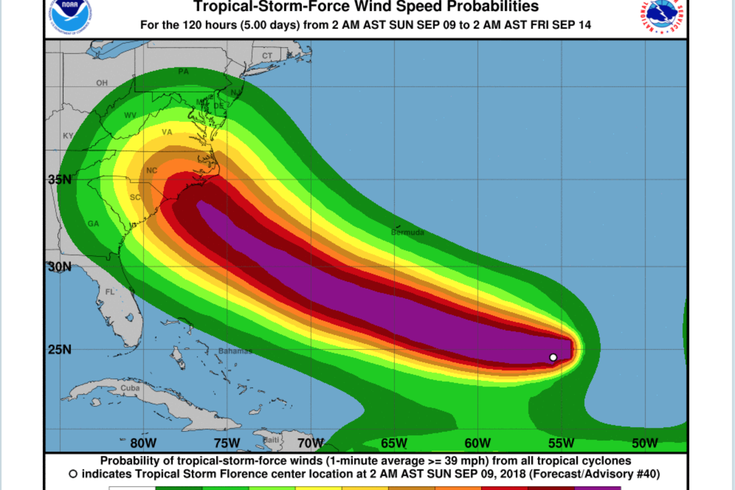 It’s been six years since Hurricane Sandy, but that storm left an unforgettable mark on the northeast. So any time a hurricane, like this year’s Hurricane Florence, seems like it has even the tiniest chance of affecting the area, it’s worth checking in on the latest developments.

As of Saturday morning, the National Hurricane Center said the risk of “direct impacts associated with Florence along the U.S. East Coast” had increased.

THE LATEST: Hurricane Florence: What can Philadelphia expect from the storm?

The NHC qualified the statement by admitting there’s still plenty of uncertainty in Florence’s track, but an increase is an increase.

During the week, Florence had reached Category 4 status, the first Category 4 hurricane of the 2018 Atlantic season, but by Friday evening it had slowed to a tropical storm. The NHC, however, warns that Florence will become a “major hurricane” again on Sunday.

According to the NHC’s newest predictive models on Sunday, the “most likely” time of tropical-storm-force winds on landfall in the United States would be Thursday morning if Florence continues its current path. 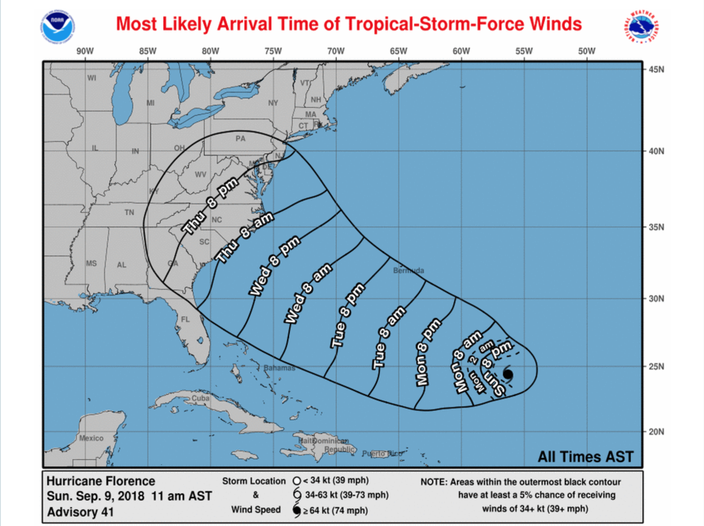 Sean Rowland, a meteorologist at the WeatherWorks forecasting company, told NJ.com on Friday that the chances of a direct hit on New Jersey are “small.”

North Carolina Gov. Roy Cooper declared a state of emergency on Friday evening, saying “we know we have to be prepared” for what’s coming.