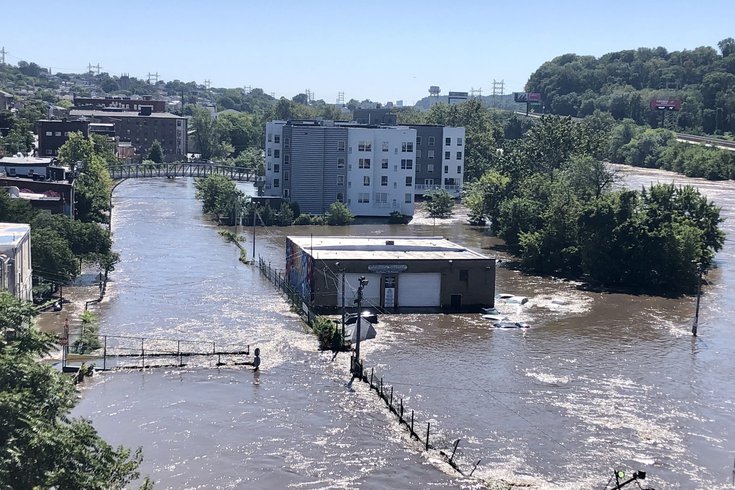 PECO and Exelon are contributing $100,000 to the American Red Cross of Southeastern Pennsylvania and the Salvation Army of Greater Philadelphia as part of a $250,000 Hurricane Ida recovery fund.

PECO and Exelon have established a $250,000 storm recovery fund to benefit the Southeastern Pennsylvania communities impacted by the damage caused by the remnants of Hurricane Ida.

PECO and Exelon Corp. will dole out $100,000 to the American Red Cross of Southeastern Pennsylvania and the Salvation Army of Greater Philadelphia to pay for supplies, overnight shelter stays and first aid.

Another $100,000 is going to organizations in Bucks, Chester, Montgomery and Philadelphia counties that are are providing temporary housing, food, supplies and financial assistance to people affected.

The remaining funds will be distributed to counties, including Delaware County, and community partners as needs come up, the companies said.

"Supporting our customers and the communities we serve is one of PECO's most important responsibilities," CEO Mike Innocenzo said. "With the $250,000 provided by PECO's recovery fund, the American Red Cross of Southeastern Pennsylvania, the Salvation Army, and counties can assist more individuals and families throughout the Greater Philadelphia region with the essentials needed to not only persevere but recover."

The Red Cross provided 160 disaster workers to the impacted areas after the storm, helping more than 850 people, WHYY reported. Since then, they have continued to provide shelter stays, relief supplies and food.

The storm killed at least five people in Pennsylvania, including three in Montgomery County. Across the Northeast, more than 45 people died.

On Tuesday, the Pennsylvania legislature extended the state's emergency declaration to Oct. 27, PennLive reported. It had been set to expire.