Hydroxychloroquine is crucial to those battling the autoimmune disease 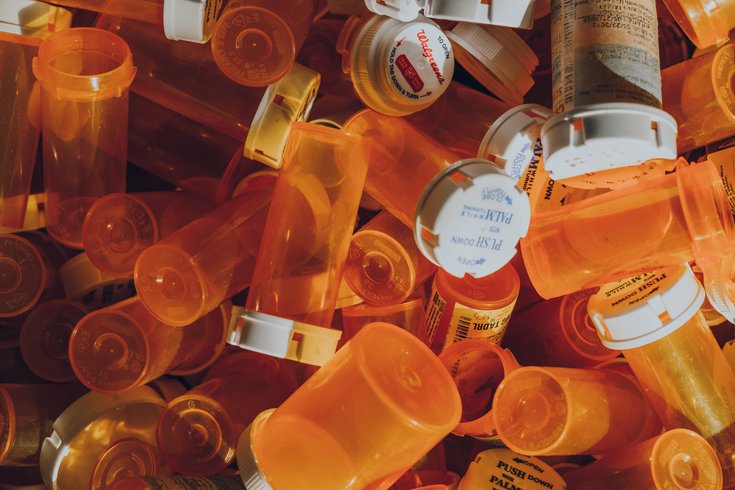 As interest in the use of hydroxychloroquine to treat COVID-19 puts pressure on the nation's limited supply of the drug, lupus patients struggle to get their prescriptions filled.

Lupus and rheumatoid arthritis patients who rely on hydroxychloroquine have worried about a potential shortage ever since the drug was touted as a possible treatment for COVID-19.

The Lupus Foundation of America and other organizations have taken action to ensure there is enough hydroxychloroquine for everyone who needs it. But the medication is currently listed on the U.S. Food and Drug Administration's drug shortage page.

"Yes, we want a treatment for COVID-19, but the bottom line is that people who already depend on the drug need access to it, too," said Cindy Messerle, chief executive officer of the Philadelphia Tri-State Chapter of the Lupus Foundation of America. "We are recommending patients refill their prescriptions early. Most insurance companies have released regulations against it."

Kayla Ramsey-Aquino takes hydroxychloroquine twice a day, in addition to a low dosage of prednisone, as a critical defense against lupus, an autoimmune disease that causes inflammation and tissue damage in the joints, skin, brain, lungs, kidneys and blood vessels.

Worried about getting her prescription filled, she immediately contacted her doctor asking for a 90-day supply.

"My doctor told me it could be difficult and that I might have to ration my medicine," said Ramsey-Aquino, 35, of Northern Liberties. "Luckily my insurance agreed to cover it."

But she still had to call several different pharmacies before finding one that could fill the 90-day prescription.

Ramsey-Aquino, was was diagnosed with lupus in September 2006, is grateful that her treatment can stay on track for now. But she said she worries for those who don't know how to fight for what they need.

Rationing hydroxychloroquine could have severe health consequences, because the drug only works at the right dosage. Any shortage of the drug could put lives in danger, she said.

The FDA only has approved one other drug – belimumab – to treat lupus since hydroxychloroquine received approval in 1955.

"Because of this, there are limited treatment options for these patients," Messerle said. "And some people can't take the generic version – only the brand name Plaquenil, which is an extra challenge due to even less availability than hydroxychlorquine."

The Lupus Foundation has been raising awareness and addressing the shortage by reaching out to local and federal government leaders, health insurers and drug manufacturers.

"The Food and Drug Administration has put out a call to action to increase production of the drug, but that takes time," Messerle said.

The Lupus Foundation also has partnered with the Arthritis Foundation to urge each state's Board of Pharmacy to protect access to hydroxychloroquine for people with lupus and rheumatoid arthritis.

The Pennsylvania Board of Pharmacy recommends that before dispensing hydroxychloroquine or chloroquine, pharmacists should verify that the patient tested positive for COVID-19 and consider dispensing smaller quantities. Patients who are already established on either drug should continue to have their prescriptions filled without verification of diagnosis.

Pennsylvania’s Board of Medicine and Osteopathic Medicine issued similar suggestions.

In New Jersey, Attorney General Gurbir S. Grewal and the Division of Consumer Affairs implemented restrictions for the prescribing and dispensing of these two drugs to prevent "use outside the normal scope of practice" – like hoarding.

Delaware has issued its own set of guidances, confirming statewide shortages of the drugs because of inappropriate prescribing activities.

Lupus patients experiencing difficulties getting prescriptions filled can find resources on the foundation's website. A list of pharmacies who have inventory of hydroxychloroquine and/or Plaquenil can be found here.