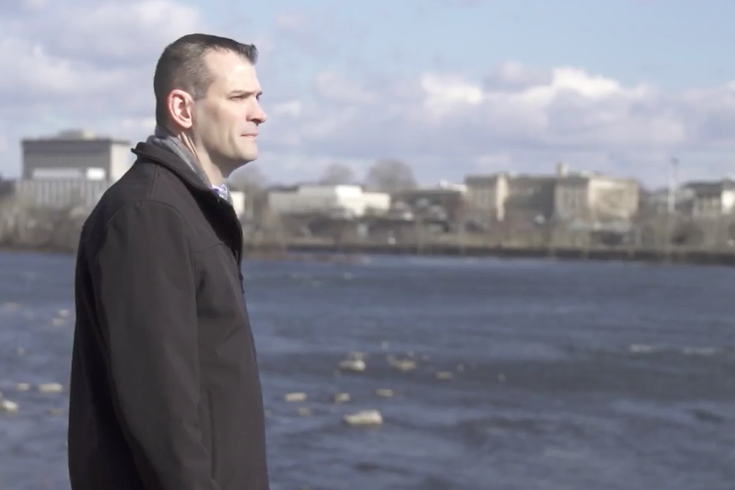 Michael DiMaio, who battled opioid addiction for 12 years before getting sober, insists recovery is possible. 'I just want people to know, that if you're out there and you're struggling, that you're not alone,' he says.

The opioid epidemic continues to claim thousands and thousands of lives every year.

Last year, there were more than 1,200 overdose fatalities in Philadelphia alone.

Moreover, some 23 million Americans have overcome opioid use disorder. And the Independence Blue Cross Foundation wants to send their collective message – that recovery is possible – through a new public awareness campaign designed to lift the stigma around addiction.

Dubbed "Someone You know," the campaign tells the stories of several people who have overcome opioid dependency, including a woman who became addicted to the painkillers after an abusive relationship as well as a veteran who went through 11 rehabilitation centers and 14 detox facilities before getting clean.

Their stories will appear on social media, online videos and a mixture of print and outdoor advertising throughout Southeastern Pennsylvania. The campaign also includes community events, and a website for people seeking information for treatment.

The campaign, which will run all summer, aims to put a face on recovery, Foundation President Lorina Marshall-Blake said.

"We figure by telling real-life stories of people in recovery ... we hope to break down the barriers that prevent people from getting help," Marshall-Blake said. "The intent, again, is to encourage people to get the support they need."

The campaign will culminate with an Oct. 16 conference that will bring national, state and local leaders together to examine programs helping to eliminate stigmas.

"I think of the title – "Someone You Know," Marshall-Blake said. "I don't think there's anybody that doesn't know somebody who's going through this situation right now."

One of the first people highlighted by the campaign is Michael DiMaio, a Delaware County veteran who began abusing opioids after being prescribed Oxycontin and Percocet for his knee replacement. He spent nearly 12 years using opioids, often selling his prescription drugs so he could purchase heroin.

"Looking back at all the time that I spent feeding my addiction – stealing, selling narcotics – it was so much work," DiMaio says on the campaign. "It was a full-time job. In retrospect, now recovery is so much easier. ... I only have to put like a 1/16 of the effort in my day to stay in recovery compared to like all the hours I spent in a day lying to others, breaking the law, to feed my addiction."

"I just want people to know, that if you're out there and you're struggling, that you're not alone."

More than 14,000 people are in treatment for opioid dependence in Southeastern Pennsylvania, according to IBX.

But Joelle Anderson – another woman featured in the campaign – insists recovery works, even though it's difficult. Anderson, a mother of two daughters, has been sober for nearly two years. She has reconnected with her family and works for One Day At A Time, a program that serves low-income and homeless people who are afflicted by addiction and HIV/AIDS.

"It's easy to get into recovery, but it's hard to stay in recovery," Anderson says in the campaign. "You have to really want it. You have to be hungry every day. There are no days off. Recovery is possible and recovery definitely works."