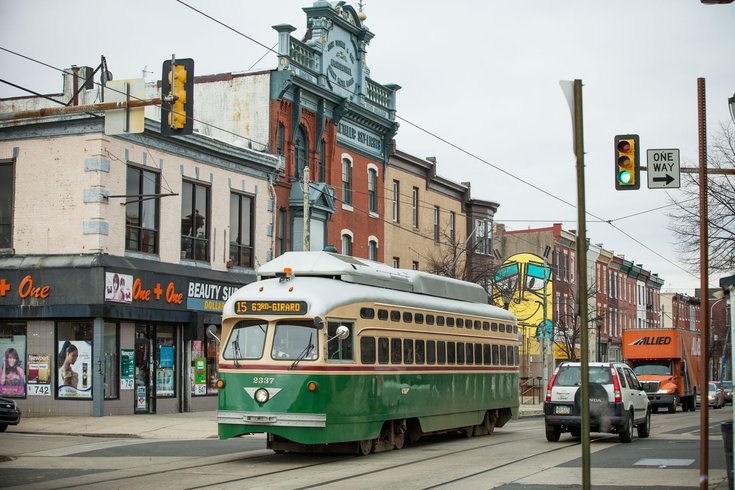 The 15 Trolley on Girard Avenue in the Brewerytown neighborhood of Philadelphia.

Transport Workers Union Local 234 has pledged to strike at 12:01 a.m. Tuesday unless a new contract agreement is reached with SEPTA. That would halt the city's buses, subways and trolleys, impacting tens of thousands of commuters.

All city employees are expected to work their standard hours or use accrued leave time to cover their absence, according to a strike contingency plan released Friday.

The School District of Philadelphia also will maintain its regular hours. Yellow bus service will continue operating on its normal schedule, but some delays may occur. Students who rely on SEPTA will receive an excused absence if they cannot make it to school, but a note from a parent or guardian is necessary.

The city will operate free shuttles for employees along the Broad Street and Market-Frankford lines. All riders must show proof of city employment. Despite the shuttle service, the city encouraged employees to consider Regional Rail, carpooling, biking or walking to work.

Indego, the city's bike share program, will increase capacity at four Center City stations and offer a valet service at the Municipal Services Building. If SEPTA strikes, the Bicycle Coalition of Greater Philadelphia expects more bikers will be on the roadways.

Some space will be available on Regional Rail trains, but SEPTA noted many trains already are operating at or near capacity.

Uber and Lyft are finalizing plans to offer discounted rates near SEPTA stations, according to city spokesman Mike Dunn.

Zipcar also is discounting its service to assist people in need of transportation. Philadelphia Zipcar members can reserve any vehicle in the city for five days for the price of three.

During any strike, no parking will be permitted on Broad Street between South and Spring Garden streets. Any motorist may use bus zones to drop off or pick up passengers, but vehicles may not be left unattended.

Temple University also will continue to operate on a normal schedule. It will offer free shuttle service to students, faculty and staff. The shuttles begin at locations in West, North and South Philly. On-campus parking will be discounted at select lots.